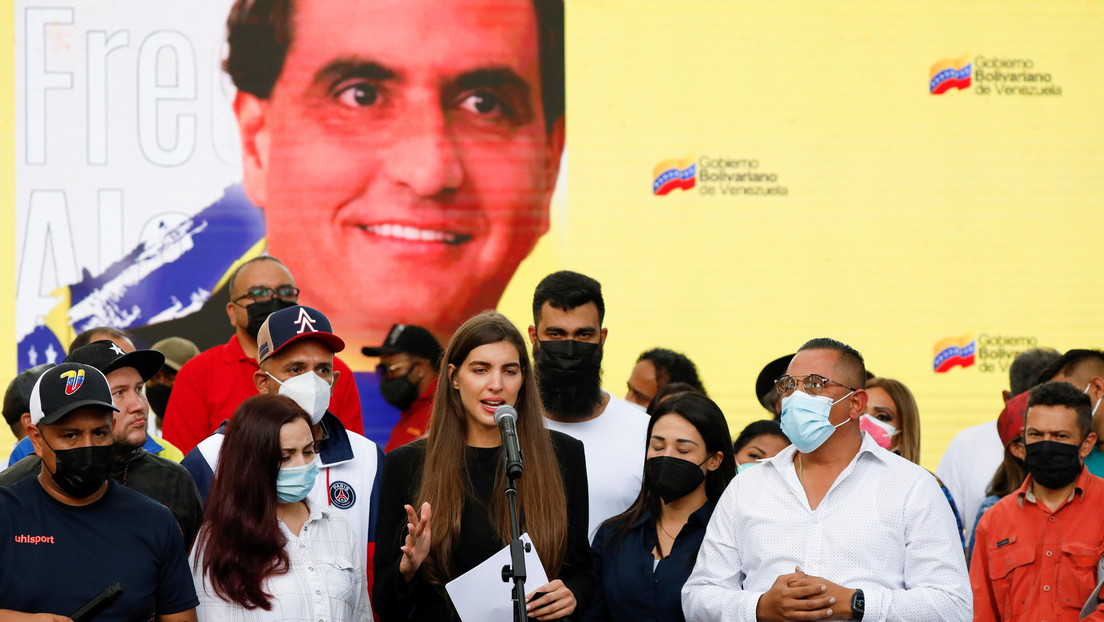 Venezuelan diplomat Alex Saab, extradited to the US from Cape Verde on Saturday to be tried for an alleged money laundering case, assured that he has “nothing to collaborate” with the North American country and that he has not committed any wrongdoing. According to the letter read this Sunday by his wife, Camila Fabri, during a protest to ask for his release.

“I have nothing to collaborate with the US, I have not committed any crime in the US or in any country and I am not lying to favor the United States. against the one who goes through an inhuman blockade [Venezuela]”, mentions the writing.

In the text, the diplomat added that all his rights were violated, which was “physically and psychologically abducted“for the Government of the United States and Cape Verde, at the same time that it held Washington and the Venezuelan opposition responsible for his life and physical integrity in prison.

“I hold the US Government and the extremist opposition of the ‘Government of Narnia’ fully responsible for my integrity and for my life in the prison to which they take me. I will face the trial with full dignity and asserting my diplomatic immunity as a servant. of the Bolivarian Republic of Venezuela, “said Saab, and He added that he is not “suicidal”, to record that if something happens to him it will be murder.

Part of the intervention of Álex Saab’s partner @POTUS#EEUUSecuestroAAlexSaab#VenezuelaSeRespeta#EsSecuestroNoExtradicionpic.twitter.com/IWXcrSNtVl

Complaint from his wife Camila Fabri

For his part, Fabri denounced that the Government of Cape Verde prevented Saab had access to food, medical care and his lawyers during his detention in that country, adding that she was forbidden to see him.

“I want to report today the realization of a second kidnapping of my husband Alex Saab With the complicity of the Government of Cape Verde, which carried out together with the United States on October 16, 2021. This happened cowardly behind the backs of the lawyers, and of us. We found out from his sister that she was the only one authorized to spend time with him and visit him a few times, “he said.

He added that a few days ago he traveled with his two daughters to Cuba where the Embassy of the African country told them that They were ‘non grata’ people and they were denied the right to see their husband. “They did not allow us anything, they denied us any rights as they denied him”, precise Fabri.

In addition, he stressed that what bothers the North American country “is that Alex Saab will never bend, never!” “We are and have always been a very united family and since he is kidnapped, so are we as a family, but, like him, we will continue in courage, in tranquility, in the fight for the dignified peoples of the world, for Venezuela and the legitimate government of Nicolás Maduro because the truth will prevail, “the woman concluded.