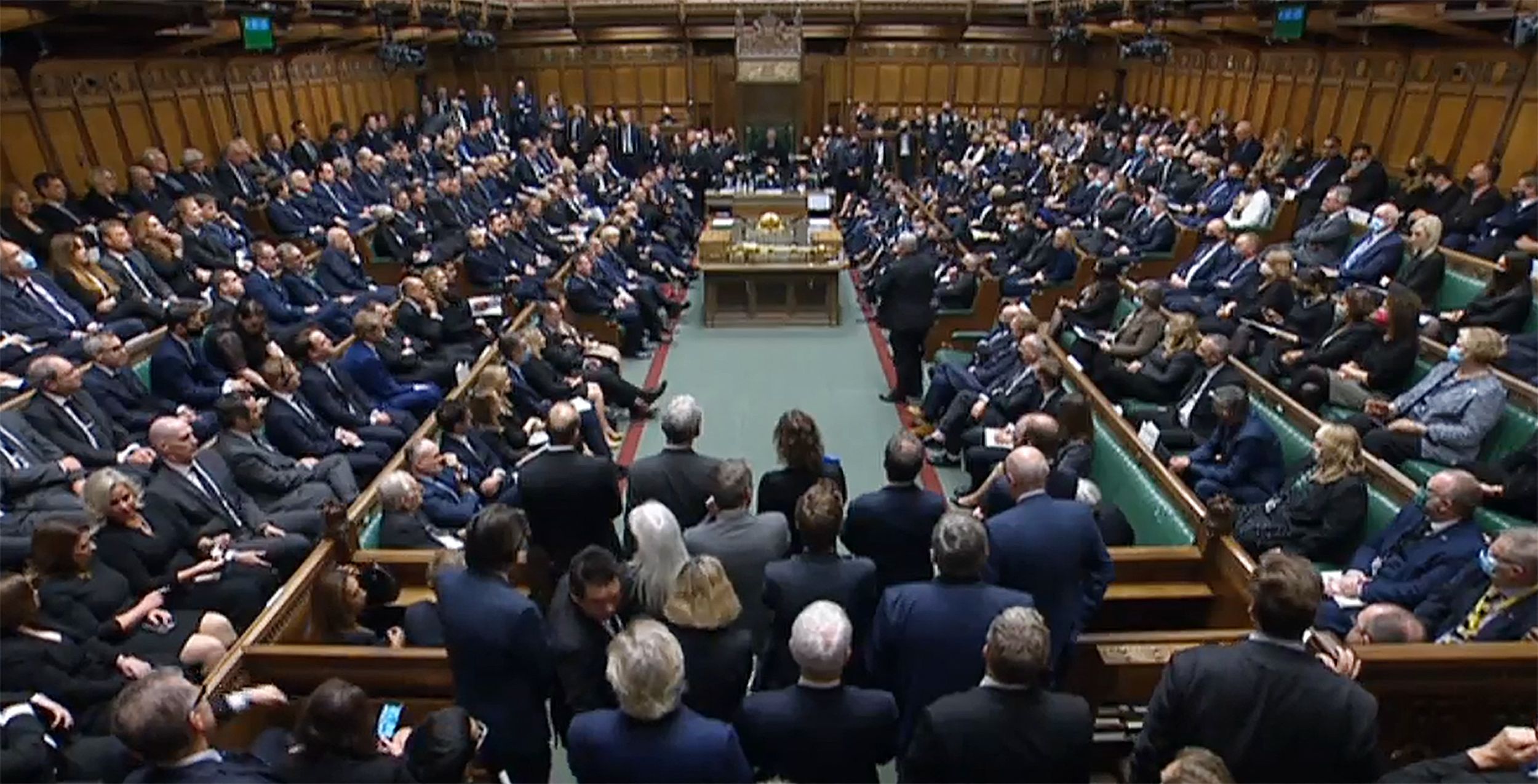 David Amess, the Conservative British MP who was stabbed to death last Friday, was unlucky enough that his public meetings with voters were easily accessible. The New Scotland Yard Counter-Terror Unit, as the UK National Police is known, is inclined to conclude that the prime suspect, 25-year-old Ali Harbi Ali, was obsessed with targeting a politician, regardless of which party he belonged to. . “Amess was not specifically targeted,” a source in the investigation told the newspaper. The Daily Telegraph. The alleged The murderer is still being held in police stations, and all the investigations are carried out under the premise that what happened was a “terrorist act”, although a formal charge has not yet been made.

Under the Anti-Terrorism Act of 2000, Harbi Ali can remain in detention until next Friday. During the rest of the week, the police will try to exhaust all the leads, although the first conclusions leaked to the media suggest that the man would be one of the so-called lone wolves, radicalized through consumption in extreme Islamist propaganda networks. Harbi Ali, according to his schoolmates, was a fervent follower of the videos on YouTube de Anjem Choudary, a former British lawyer of Pakistani descent. He was sentenced to five years and six months in prison in 2016 for advocating the terrorist organization ISIS.

At least one teacher from Harbi Ali, it is now known, referred his student to the government program Prevent five years ago for his manifest extremism. Designed to “prevent people from being captured by terrorist organizations and to ensure that they receive the necessary advice and support,” the program did not work with the detainee, who did not even attract the attention of Mi5, the UK’s domestic intelligence service. . The long months of confinement only served to increase the radicality of the suspect. “In the world in which we find ourselves, it is very difficult to have an anti-terrorist strategy that prevents all risks from the possibility of aggressors acting like lone wolves,” said the British Minister of Justice, Dominic Raab on Monday.

Harbi Ali, of Somali descent, is the son of a senior adviser to the former prime minister of that African country. Harbi Ali Kullane, who was at his sister’s home in North London last Friday, said he was “deeply traumatized, and that he could never imagine that something like this could happen.” However, the truth is that he had lost his relationship with his son for years, who lived with an aunt of hers in the London borough of Croydon. MI5 has even followed the trail to the Qatari track, because Deputy Amess chaired the parliamentary group in support of that Gulf country. Qatar has strongly supported the current Somali government. However, the fact that the suspect did not utter any message when he stabbed – more than a dozen times – Congressman Amess, at Belfairs Methodist Church, in the town of Leigh on Sea, has led investigators to provisionally conclude that Ali Harbi Ali was only seeking to attack any politician.

The House of Commons has observed a minute of silence this Monday, and declarations of tribute to the Conservative deputy have multiplied, who was holding a public meeting with the voters of his electoral district when he was assassinated. It was one of the calls surgeries, the weekly open-door appointments that the 650 British MPs have with their direct voters. The Johnson government has promoted a review of the security measures of all the deputies, but has ruled out the possibility of suspending some meetings that have always been an intrinsic part of British democracy.

Johnson announced in Westminster that Queen Elizabeth II has agreed to grant city status to Southend on Sea, the constituency that Amess represented for more than three decades. It is one of the prerogatives of the monarch, which she intended to make use of in the celebration of her Platinum Jubilee scheduled for 2022. With 180,000 inhabitants, her elevation in rank was an obsession of the late deputy that her conservative colleagues have wanted to promote as a tribute posthumous. The Labor Party, for its part, has already announced that it does not intend to present a candidate for the provisional election to be held in the constituency to elect a replacement for Amess. Conservatives followed suit in 2016 when a far-right fanatic shot and stabbed Congresswoman Jo Cox to death during the Brexit referendum campaign.