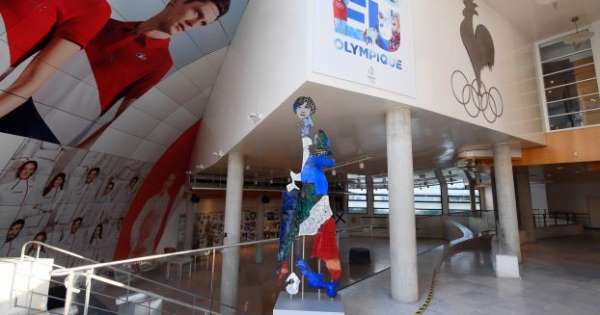 His biography is impressive and, in many ways, revolutionary.

Born in 1884, Alice Milliat quickly developed a passion for the sport she discovered, like her contemporary and founder of the Olympic Games Pierre de Coubertin, in England. She practices rowing at a high level, but also swimming and field hockey. In 1915, at the age of 31, she took over the presidency of the feminine sports club Fémina Sport. A step which then led her to co-found the Federation of Women’s Sports Societies in France in 1917, of which she became president two years later, and in 1921, to create the International Women’s Sports Federation (FSFI).

A strong decision, in response to the inaction of institutions to include women in the world of sport. And with which she does not intend to be satisfied. A year later, she launched the first edition of the World Women’s Games in Paris, in 1922. And in 1928, she succeeded in significantly advancing her greatest struggle: that of seeing women compete in five athletics events at the Games. Amsterdam Olympics.

“Sport is not male or female, it’s sport”

For the athlete, sport is more than exercise. It is a practice which should enable the emancipation of women and should lead to gender equality in society. “Women’s sport has its place in social life just like men’s sport”, insists Alice Milliat. “It should even come to the forefront of government concerns: I’m not exaggerating.” To communicate her essential message, she chooses the pen. She writes in numerous newspapers and magazines, of all stripes, going so far as to qualify sport as a patriotic act: the women who indulge in it would give birth to stronger children.

A militant course paved with struggles, indignation and victories to which France wished to honor, this Monday, March 8, on the occasion of International Women’s Rights Day.

“It is never too late to redress an injustice. And to honor the memory, journey and courage of a true pioneer,” Youth and Sports Minister Roxana Maracineanu said in the lobby of the House of Representatives. French sport, in front of the 2.85 m high tricolor statue that represents the icon. A work made by two ENSAAMA students, Eva Manna and Hector Vadancourt, and placed next to that of Baron de Coubertin. Knowing that the founder of the Games believed that the “role” of women “should be above all, as in old tournaments, to crown the winners,” the irony, almost a century later, is tasty.

“Alice Milliat is a heroine,” continued the minister. “I am happy that she has finally found her place in the house of French sport and in collective memory. Her example is a great inspiration to me at a time when we want to achieve parity in the governing bodies of the sports movement and strengthen the place of women in the world of sport “.

Parity is precisely what the IOC promised for the Paris Olympics within 3 years. “Paris 2024 intends to perpetuate the fight initiated by Alice Milliat to highlight female athletes, allow them to take all the place they deserve, and make even more women want to play sport,” said in turn Tony Estanguet, President of the Organizing Committee for the Paris 2024 Olympic and Paralympic Games.