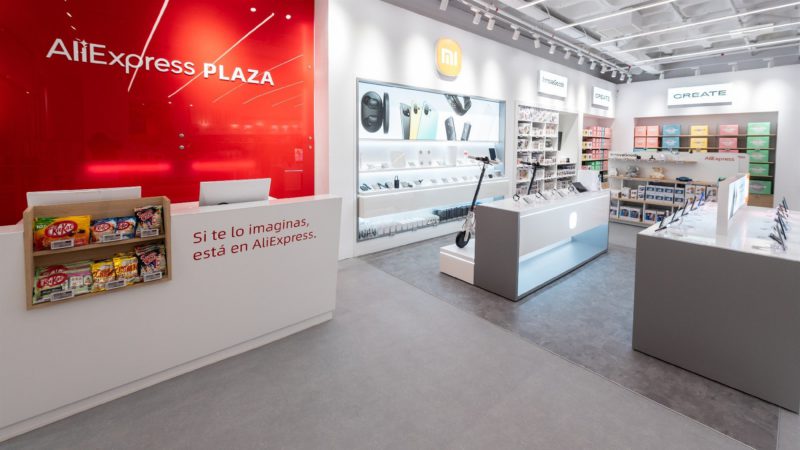 AliExpress, the ‘marketplace’ of Alibaba Group, boosts its ‘offline’ presence in Spain with the opening of its seventh store, which is located in the La Vaguada shopping center in Madrid and which will open this Friday coinciding with the celebration of ‘Black Friday’, as reported by the Chinese multinational in a statement.

Specifically, the new AliExpress Plaza brand store becomes the third in the Community of Madrid, after the openings in Intu Xanadú, the first physical establishment of the Asian ‘marketplace’ in 2019, and Parquesur, inaugurated in 2021. The new store has a space of 290 square meters and has around 1,100 different products from more than 30 brands, among which are international companies such as Samsung, LG or Xiaomi, and Spanish firms such as Create, InnovaGoods or Mr. Wonderful, among other. Among the main categories of products present in the store, those of consumer technology, mobile devices, televisions, beauty and cosmetic items, licensed products and household appliances stand out.

«’Black Friday’ is a very popular shopping event in Spain and we are delighted to open an AliExpress Plaza brand store, together with the support of local partners, in a central location in Madrid, such as the La Vaguada ”, said the general director of AliExpress in Spain, France and Italy, William Wang.

Wang was pleased with the opening of the store just on the day of ‘Black Friday’. «By opening the seventh AliExpress Plaza brand store during ‘Black Friday’, more customers in Madrid will be able to enjoy great offers in the store, as well as having the possibility to take advantage of the thousands of offers available in the AliExpress application throughout of the event ”, he stressed. In this way, the new store in Madrid, the first in the urban center of the region, joins the existing ones in Arroyomolinos and Parquesur (Madrid), Lagoh (Sevilla), Windows, Big Via and Westfield The Machinist (Barcelona).