All about Andrade’s disease on his world day 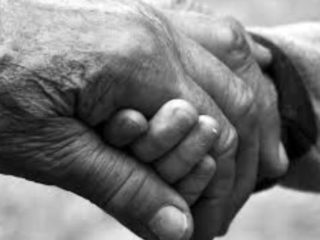 This June 10 is celebrated the world day of the Andrade’s disease, a condition that, according to the Valverdeña Association of Andrade Disease (ASVEA), is an amyloidosis (accumulation of a protein substance called amyloid), disabling and lethal that affects the connective system, especially the peripheral nervous system.

As the years go by, it causes a sensory, motor, and autonomic neuropathy. Asvea mentions that FAP type 1 (Andrade’s Disease or Familial Amyloid Polyneuropathy) is hereditary, since it can only be transmitted from parents to children.

The Valencian Society of Family and Community Medicine announces that the FAP has been included among the rare diseases (with a prevalence less than 5/10000). And, in Spain, with a significant incidence in Mallorca and Valverde del Camino (Huelva) and with a progressive annual increase in patients and asymptomatic carriers, it has become the fifth worldwide focus of FAP, only surpassed by those of Portugal, Japan, Sweden and Brazil.

It is an emerging disease in our country, because the number of patients is progressively increasing.

When does it arise?

It has its origin in 1500 of the Middle Ages in the north of Portugal. Some people started dragging their feet, could not walk and then died and the cause of it was unknown. The disease was described by the Portuguese doctor Corino Andrade in 1952.

On your world day, you have to become aware of this disease and what the symptoms are. Asvea explains that symptoms begin in the fourth decade of life, although there are earlier and later cases.

And that the symptoms can be very varied, it is frequent, at the beginning of the disease, that there is, in the lower extremities, tingling, numbness, loss of strength and feeling, loss of sweating; and then it affects the upper extremities, trunk and other parts of the body.

Punctures, pain, sensations of electric shock and a general feeling of cold are also frequent symptoms.

While there are also alterations of the digestive system. Causes constipation and subsequently chronic diarrhea accompanied by encopresis and malabsorption due to bacterial overgrowth.

But there is more because the diversity of symptoms means that there may also be pancreatic involvement with postprandial hypoglycemic crises, vomiting, regurgitation, heaviness after meals, loss of weight and appetite, arrhythmias, various types of anemia, fluid retention, edema and dizziness when changing position abruptly.

All this leads to a progressive deterioration of the patient that ends with his death in a period of approximately 10 years.