Home
Entertainment
All about the Matrix Resurrections: release date, trailer, cast and synopsis

All about the Matrix Resurrections: release date, trailer, cast and synopsis 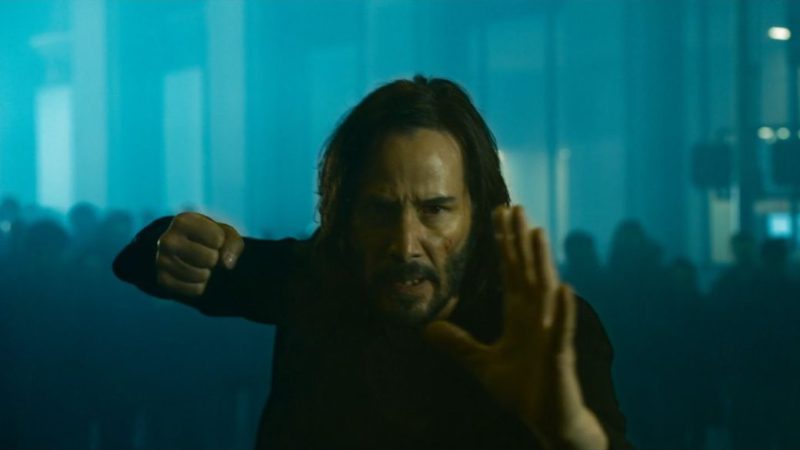 The Matrix Resurrections is getting closer and closer. The return to the cinemas of one of the greatest science fiction cinematographic icons of the last decades returns with a new canonical installment starring Keanu Reeves, how could it be otherwise. In this article we are going to review all the essential details of a date that has been made to be expected, but that will not miss its appointment with the dark rooms before ending this hectic year 2021. Neo, Trinity and company are back.

Release date of The Matrix Resurrections

What is essentially Matrix 4 will arrive in cinemas from all over the world this December 22th; also in HBO Max, HBO’s new platform with more content premium and simultaneous premieres. That is the final release date of a production surrounded by an expectation at the level of very few productions. There have been several delays that have altered the plans, but we can finally discover what awaits us in this work from Village Roadshow Pictures and Warner Bros.

In addition, it should be said that from this December 3 We can see the original Matrix also in theaters. All the details of the rerun in this article.

Trailer and synopsis of The Matrix Resurrections, what is it about?

“Matrix Resurrections is a continuation of the story established in the first Matrix movie (1999). Reunite Keanu Reeves and Carrie-Anne Moss as film icons Neo and Trinity in an expansion to their story that ventures back into the Matrix and even deeper into the rabbit hole. A mind-blowing new adventure with epic-scale action, set in a familiar but even more provocative world where reality is more subjective than ever and all that is required to see the truth is free your mind “, we can read in the official description of Warner Bros. Pictures.

It should be noted that the description omits the events narrated in Matrix Reloaded and Matrix Revelations; so we can say that it is essentially a direct sequel to the original Matrix.

“20 years after the first movie, the franchise that helped define pop culture at the turn of the century is back for a continuation and extension of the original movie. The Matrix remains a movie that has changed the way we see cinema and reality itself. With its game-changing action and visuals, it helped pave the way for many other films. “

Cast and crew behind The Matrix Resurrections

According to the screenwriter of the film, David Mitchell, The Matrix Resurrections will not be a regular installment, but a autonomous history. “I saw the movie in Berlin in September. It’s really good. I can’t tell you what it is about, but I can explain what it is not. It is definitely not just another sequel, but something autonomous that, however, contains the three Matrix that precede it. in a tremendously ingenious way. It is a very beautiful and strange creation. It also achieves a couple of things that we don’t see in action movies, it subverts the blockbuster rules, “he commented.

Keanu Reeves has come to define it as “a love story”. Lana Wachowsi is the director of the film, in whose cast we find actors and actresses of great media depth; Highlights: Keanu Reeves, Carrie-Anne Moss, Neil Patrick Harris, Jada Pinkett Smith, Priyanka Chopra, Christina Ricci and Lambert Wilson.

The Matrix Resurrections It will be released in theaters around the world and on HBO Max this December 22, 2021.