All round from Xiaomi: smartphones, projectors, e-scooters and more 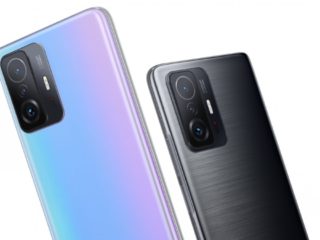 A lot helps a lot, that seems to be Xiaomi’s motto. The Chinese electronics giant presented four smartphones, a projector and new mesh routers at its global launch event. Three more products will be added for the German market.

Xiaomi is bringing four new smartphones onto the market. The Redmi 10, however, is no longer brand new, the device, which starts at 180 euros and has impressive features for the price range, is already available from some retailers. The Redmi 10 has, among other things, a 6.5 inch 90 Hertz display with Full HD + resolution, a 50 megapixel camera, a battery with 5000 mAh and an octa-core processor from Mediatek, the Helio G88 up to 2 GHz clock frequency. 4/64 GByte and 4/128 GByte are available as memory variants.

The three other new smartphones represent the gentle facelift of Xiaomi’s current 11 series. The entry point is the Xiaomi 11 Lite 5G NE, which will be available in black, white, blue and pink. The smartphone, equipped with a Qualcomm Snapdragon 778G and 6 or 8 GByte RAM, has a 6.55-inch OLED display that supports a 90 Hertz refresh rate. With a weight of 158 grams, the Xiaomi 11 Lite 5G NE is pleasantly light. The triple camera consists of a 5-megapixel telephoto, an ultra-wide angle with an 8-megapixel sensor and a 64-megapixel main camera.

The best equipped new Xiaomi smartphone is the 11T Pro, which is particularly fast not only with the processor, a Snapdragon 888 from Qualcomm, but also when charging. The included power supply pushes up to 120 watts into the battery, which is also 5000 mAh strong. The display diagonal of the OLED screen, which according to the manufacturer should produce up to 1000 nits of brightness, is 6.67 inches, the resolution here is also 2400 x 1080 pixels. The speakers of the 5G smartphone come from Harman Kardon. Xiaomi sells the 11T Pro in the memory variants 8/128 GB, 8/25 GB and 12/256 GB, there is no space for a memory card. The Xiaomi 11T Pro will go on sale on October 1st with 8/128 GB for 649.90 euros, the 8/256 GB memory variant costs 699.90 euros. 11T and 11T Pro appear with Android 11, and according to the manufacturer, the smartphones will receive three major OS updates and four years of security patches.

In addition to the smartphones, other new Xiaomi devices are now coming onto the market. The Mi Smart Projector 2, announced in March, is a compact projector that runs on Android TV 9 and also supports the Google Assistant. The 1.3 kilogram box should create a screen diagonal of up to 120 inches and display content in full HD resolution. According to the manufacturer, the lamp is 500 ANSI lumens bright. Contents find their way via cable (HDMI, USB 2.0) or wirelessly (WLAN, Bluetooth 5.0) to the Xiaomi Mi Smart Projector 2. The two 5 watt speakers support Dolby Atmos.

With its angular design, the Xiaomi Pad 5 is visually similar to the Apple iPad Air. The tablet has an 11-inch 120 Hertz display with a resolution of 2560 x 1600 pixels and a Qualcomm Snapdragon 860, which is a bit old but still fast. Two Cameras – 13 megapixels at the back, 8 megapixels at the front – and a 8720 mAh battery are also in the tablet, which has four speakers and is compatible with a stylus. Xiaomi Pad 5 with 6/128 GB of memory will be available from September 23, 2021 in two colors, gray and white, at a price of 399.90 euros.

Router in a double pack

A new mesh router is also coming onto the market for networking all the equipment, which Xiaomi is offering in a pack of two. The AX3000 mesh system should be able to cover an area of ​​up to 370 square meters with Wi-Fi 6. The upper limit for the maximum number of network devices is 254, the transmission speed should reach almost 3 Mbps.

The 55-inch Xiaomi Mi TV Q1E 4K TV is also new. According to the manufacturer, the Quantum Dot Display should achieve a maximum brightness of 1000 nit. Android TV version 10 runs on the Xiaomi television. The usual extra buttons for Netflix and Amazon Prime can be found on the Bluetooth remote control, and thanks to the Google Assistant, voice control is also possible for other smart home devices to use. The sale of the Mi TV Q1E starts in November, the television costs 799 euros.

Last but not least, Xiaomi’s AMG e-scooter also finds its way to Germany. The stand-up scooter with a design based on Formula 1 cars has a 300 watt motor, disc brakes, E-ABS and air-filled tires and should travel up to 45 kilometers on one charge. The maximum speed of the AMG scooter is the legally prescribed 20 km / h. The 14-kilogram scooter can be folded up for transport and is controlled via the Mi-Home app. The sale starts on September 24th, the price is 799 euros.