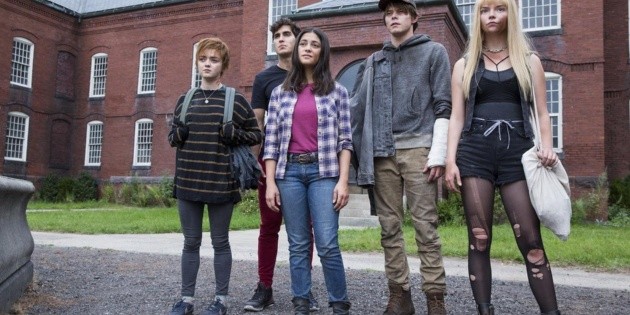 All September premieres on Disney +

Since your arrival at Latin America, Disney+ it never ceases to amaze its users. It is that in addition to having the movies or programs classics that we have already seen throughout the history of the company, more and more exclusive content which can only be accessed by those who have their subscription. In this sense, from September they will be incorporated new series and feature films for the entire family that you cannot miss. Here we tell you what they are and from when they will be available.

+ Movies coming to Disney + in September

“I’ve never done anything like this”. An experience of Billie Eilish in concert with Gustavo Dudamel and The Los Angeles Symphony Orchestra. An original Disney + movie.

20th Century Studios With Marvel Entertainment present this original horror thriller set in an isolated hospital where a group of young mutants are admitted for psychiatric observation. After a series of strange events, their new abilities as mutants, and their friendships, will be put to the test as they fight to get out of there alive. It is directed by Josh Boone, who wrote it with Knate Lee. It also stars Maisie Williams, Anya Taylor-Joy, Charlie Heaton, Alice Braga, Blu Hunt y Henry Zaga.


+ The series that arrive at Disney + in September

New episodes of What If…?, Marvel Studios Legends, Monsters at Work, Partners and hounds and Chip and Dale: Life in the Park, but these will be the premieres of the month on the platform.

Since that date, all Wednesday a new episode of the series will be premiered that stars the Dra. Lahela “Doogie” Kameāloha, a young prodigy 16-year-old who combines her fledgling medical career with the challenges of adolescence. At the hospital, the brilliant Lahela confuses patients and colleagues, who nickname her “Doogie” after the 1990s television series Doogie Howser. At home, his father Benny and his mother Clara (Head of Medicine and Lahela), fear that he is growing too fast. With the support of her loving – and comical – ohana (family) and friends, Lahela forges her own path.

Disney+ presents Star Wars: Visions, an anthological series of shorts by Lucasfilm that tells new stories of the franchise through the unique traditional style of the lively Japanese. It will release its first full season.

+ The documentary that arrives at Disney + in September

The iconic artist of Mexico, Carlos Rivera placeholder image, takes us by the hand throughout this documentary showing us the preparations and difficulties behind the Guerra Tour, which culminates in his 100th concert at the Palermo Hippodrome, Argentina.

+ What is the Pixar Collection?

During the month of September, Disney+ will celebrate with the Pixar Collection, which will include large premieres and special content on the platform. Here we tell you which ones will be part of it.

Dug’s life, from Pixar Animation Studios, is a series of short that follow the funny adventures of Dug, the adorable dog from Up from Disney and Pixar. Each short shows day-to-day events that take place in Dug’s garden, all through the funny (and slightly distorted) eyes of our favorite talking dog. Written and directed by the Academy Award nominee and Emmy winner Bob Peterson.

Being an adult can be difficult. Some days you do it right, while other days you feel like you are a hidden child, hoping that no one will notice. Family is in just this situation on the night of her 21st birthday. This is a story about the insecurities of adulthood and about how we all pretend to have it under control until we become adults.

The grandmother Nona She plans to spend her day off away from the world to watch her favorite wrestling show, EWW Smashdown, but the unexpected visit of her 5-year-old granddaughter Renee leaves Nona to choose between her two favorite things.

A Spark Story it’s a documentary film produced in collaboration with Pixar that gives the audience exclusive access to the creative processes of the filmmakers. shorts from the SparkShorts collection.