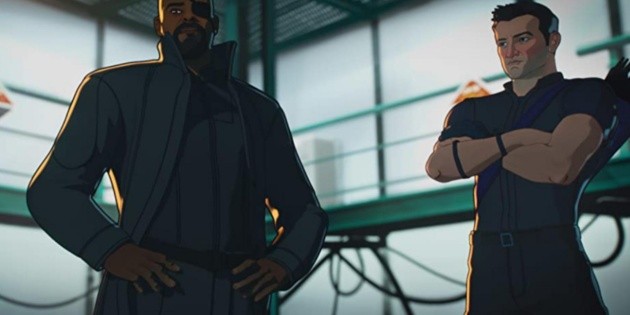 All the references in the new episode of “What If …?”

The animated series of Disney+, What If…?, today premiered its third episode, starring Nick Fury y Black Widow. On this occasion, the premise of the show was simple: what would happen in a world where Avengers never meet? Sure, there’s a reason why Earth’s mightiest team of heroes never actually formed. During the events of the episode, members of the group are killed under mysterious circumstances.


So the new installment of the show is a kind of thriller, where Nick Fury y Black Widow investigate what happens while futures Avengers they are killed one by one. References? When Fury y Natasha they look for Tony Stark, he is in a restaurant that has a giant donut on the ceiling. The scene belongs to the movie Iron Man 2. Only in this case, good Tony dies after Black Widow injects him with an antidote for the Palladium infection that the millionaire suffered from.

There are also references to the first entry of Thor at Marvel Cinematic Universe. Let’s remember: Coulson y S.H.I.E.L.D. find the hammer Mjolnir in the desert. So he God of Thunder fight against the agents of the organization to get it back. All under the watchful eye of Hawkeye what has to Thor in your sights with your bow. On What If…?, an arrow kills the Asgardian.

Another movie that is recreated in this episode is The Incredible Hulk. Natasha joins with Betty Ross to help her with the murder mystery. At that very moment, Bruce Banner he is with his ex-partner. Also comes the General Ross and they shoot the Dr. Banner, which becomes Hulk. To everyone’s surprise, the Goliath Verde ends up exploding.

The resolution of these mysterious deaths is something that we are going to leave for another moment, we do not want to spoil the entire episode and it has little to do with known situations within the Marvel Cinematic Universe. Yes it should be noted that Loki arrives on Earth with hostile intentions during the episode. This time accompanied by the Asgardian army and not the Chitauri as in the first movie of the Avengers. There are consequences for the entire world without the protection of the most powerful heroes on the planet.

The end of the chapter is hopeful: Fury find the Captain America frozen and also, having used the pager of the 90s, an easter egg from the episode, contacted the Captain Marvel to help defeat the Asgardian forces.