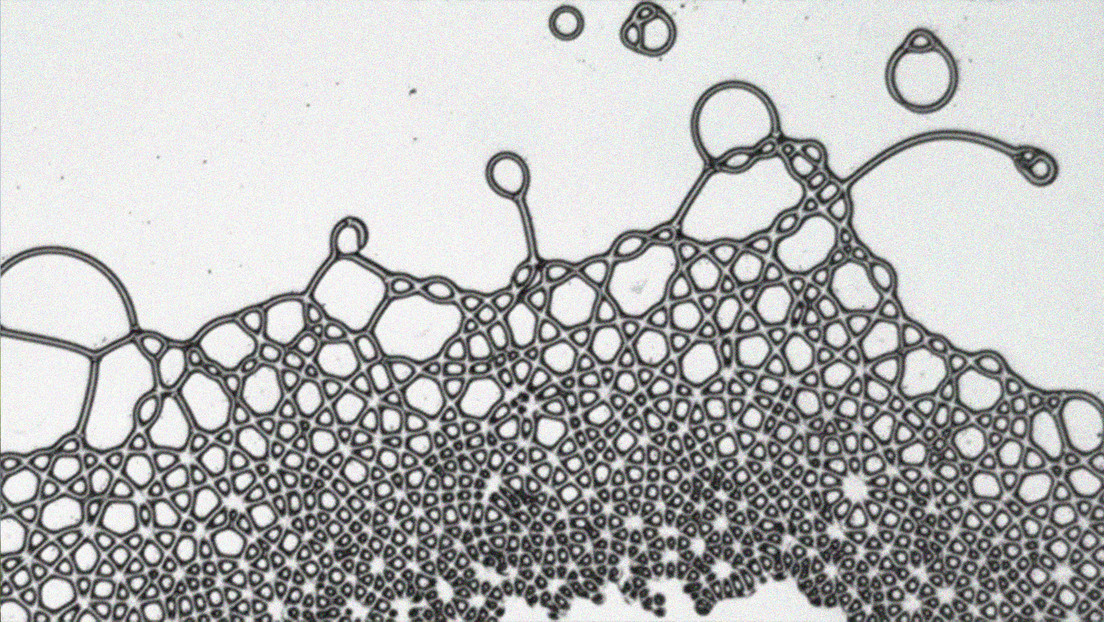 A group of physicists at Aalto University in Finland have created square and hexagon-shaped drops with straight sides using electric fields, according to a Article published this Wednesday in Science Advances.

When two substances are joined, they assume a stable state called thermodynamic equilibrium. What happens, for example, with oil on water or milk that is mixed with coffee.

The researchers wanted to alter this type of state to see what happened and if they could control the outcome by arguing that “things in equilibrium tend to be quite boring.” explained Jaakko Timonen, professor at the educational center and study co-author.

“They can be controlled”

“It is fascinating to bring systems out of balance and see if structures that are not in balance can be controlled or be useful,” he continued. “Biological life itself is a good example of truly complex behavior in a group of molecules that are out of thermodynamic equilibrium,” he added.

Therefore, the experts used combinations of oils with different dielectric constants and conductivities. Subsequently, they subjected the liquids to an electric field, which cut the interface of thermodynamic equilibrium and turns it into “interesting formations”.

Nikos Kyriakopoulos, a doctor and co-author of the research, indicates that the liquids were also confined in a thin, almost two-dimensional sheet. This combination, he details, caused the oils to transform into various “completely unexpected” drops and patterns.

What could it be for?

The droplets from the experiment could be turned into squares and hexagons with straight sides, which is “almost impossible in nature,” where tiny bubbles and droplets often form spheres. Likewise, the two liquids could be made to form into interconnected lattices, even in the shape of a torus or donut.

“All these strange forms are originated and sustained by the fact that the movement of electrical charges that accumulates at the interface prevents collapse and return to balance“said Geet Raju, lead author of the article.

This could serve to create temporary structures with a controlled and well-defined size that can be switched on and off with voltage, as well as to generate interactive populations of rolling microfilaments and microdroplets that mimic the dynamics and collective behavior of microorganisms such as bacteria and microalgae.