Aluminum prices reach their highest level in the last 13 years 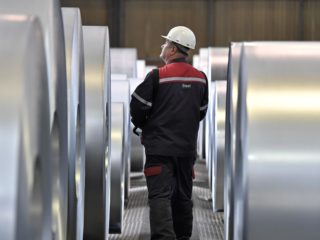 The rising price of aluminum has registered a new record after being placed this Monday in the $ 2,992 per tonne on the London LME Metals Exchange, for the first time since 2008, an increase of 2.6% compared to the previous day.

Likewise, the rise is fueled by the decision of the authorities of China, Guinea’s largest exporter of aluminum, which announced their intention to reduce metal production with the aim of reducing carbon dioxide emissions.

In China, and increasingly in the EU, there is a “growing risk” of policies affecting the supply of aluminum, they warn several Goldman Sachs analysts in a statement released Monday.