Amazon & Co have to provide information through recommendations, influencers through paid advertising 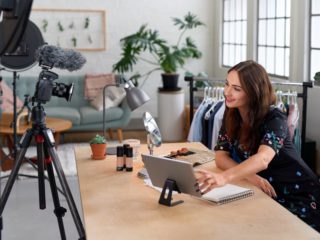 Recommendation procedures and reviews on online marketplaces will soon become more transparent. On Friday morning shortly after midnight, the Bundestag passed a legislative package, in particular to incorporate the EU directive “for better enforcement and modernization of consumer protection regulations” into national law. The government factions of the CDU / CSU and SPD as well as the AfD voted for this. The FDP and the Left were against it, the Greens abstained.

With the Drafts for a reform of the German Civil Code (BGB) and a “law to strengthen consumer protection in competition and trade law” Online marketplaces and comparison services such as Amazon, eBay, Airbnb and Idealo are facing new reporting obligations. In future, they are intended to inform consumers about the essential criteria of the ranking of goods, services or digital content that they present to the consumer as a result of their search query. In doing so, they must provide information about the main parameters used by algorithms and their “relative weighting”. Any commissions received must also be made public.

In the case of user reviews, operators must explain whether and how they ensure that the reviews actually come from consumers. It is expressly forbidden to commission or transmit fake consumer reviews or their misrepresentation on social media. If consumers are shown the result of a comparison, references to the providers who were included are also necessary.

Marketplace operators must also inform customers whether their potential contractual partners are entrepreneurs or consumers. Overall, users should be able to better assess why which product is at the top in the result lists and whether reviews are serious. The MPs want to make it more difficult to mislead and rip off online marketplaces.

In the future, consumers will also be informed about the original price of the ticket set by the organizer when purchasing tickets on the secondary market. Providers must also inform users if a price has been personalized on the basis of an automated decision. In addition, there are sanctions in the event of Europe-wide violations of the provisions of consumer contract law. The authorities can now impose a fine of up to four percent on an entrepreneur who has generated annual sales of more than one million and two hundred and fifty thousand euros in the affected EU member states.

Consumers who are negligently or deliberately harmed through unfair business activities are entitled to a claim for damages under the Unfair Competition Act (UWG). Instead of the six-month period initially planned, the MPs have stipulated a one-year limitation period. Consumers regularly needed more time to implement in this area than competitors, according to the rationale. In many cases, you would first have to seek external advice in order to assess the chances of success. The distribution of financial services, nutritional supplements and medical products on coffee trips is also prohibited.

Advertising labeling according to the market location principle

Influencers and bloggers will also have to mark a post on Instagram, Facebook & Co. as advertising in the future if they receive a fee or a similar consideration. The legislator wants to create legal certainty here after several German courts had passed very different judgments on the question of whether social media posts with product recommendations or brand hashtags must be labeled as advertising even if no money has been paid for them.

According to the market location principle, the labeling obligations for advertising resulting from the UWG also apply to influencers who are directed at German consumers from abroad. This means that the labeling requirements described also apply if the online whisperers “are commissioned by foreign government agencies to carry out advertising measures for tourist services in return for payment”.

The Federal Association of Consumer Organizations (vzbv) welcomed the resolutions, which are due to come into force on May 28, 2022, in principle. However, he regretted that the Bundestag had not included financial platforms in the scope of application in addition to Amazon & Co. In particular, services such as contracts for old-age provision are difficult to understand for consumers. At the same time, the decision in favor of a certain product can be particularly momentous here.

There is also some catching up to do with the obligation to provide information about the contractual partners. Many online marketplaces act as retailers at the same time, individual stores have developed further in parallel with platforms. The users are often not aware of this.

Parliament has also decided one Bill for consumer-friendly offers in the legal services market. The aim is to improve the framework conditions for “legal tech” services and create fair competitive conditions for the offers of lawyers and debt collection service providers. For portals through which consumers can largely automatically enforce claims in the event of flight delays or excessive rental claims, higher registration requirements apply. Consumers should also get sufficient information about the respective advantages and disadvantages of different offers.