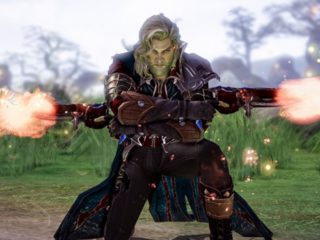 Amazon Games has confirmed during the Summer Game Fest 2021 the arrival in America and Europe of Lost Ark, your MMOARPG, for this fall. Amazon, in collaboration with Smilegate, will be in charge of editing and distributing the game in European territories such as Spain. We are talking about a game originally released in 2018 in Asian lands, where it has been very successful.

Amazon’s goal with Lost Ark is for it to settle in Europe thanks to its deep online experience, a location that they qualify as a privilege for them. “It is the first of many of the games that we are going to publish from Amazon Games”, they have indicated on the occasion of the announcement. Via this official website we can register to test the test phases of the title before its launch this fall 2021.

E3 2021: when does it start and what conferences will we have

E3 2021 is about to begin. It will be from June 12 to 15 when a multitude of large companies in the sector surprise us with advertisements, trailers and video games for the future. We are talking about Ubisoft, Nintendo, Xbox, Bethesda, Take-Two, Capcom, Bandai Namco… Halo Infinite and the sequel to The Legend of Zelda: Breath of the Wild are called to be the main protagonists of the event.

E3 2021 will be digital, with previously recorded conferences that we can comfortably follow from home; they will last between forty minutes and an hour and a half, depending on the company. The first will be Ubisoft with Ubisoft Forward this Saturday at 21:00 (CEST); but the weekend will give much more of itself.

In addition to Gearbox and Devolver Digital that Saturday, Xbox & Bethesda Games Showcase awaits us on Sunday at 19:00, while Warner Gros. Games and the PC Gaming Show will close the Sunday session with Square Enix at 9:15 p.m. The following week will begin with Capcom and Take-Two, while on Tuesday June 15 it will be Bandai Namco and Nintendo, with their long-awaited Nintendo Direct, who say goodbye to the first digital E3 in history.