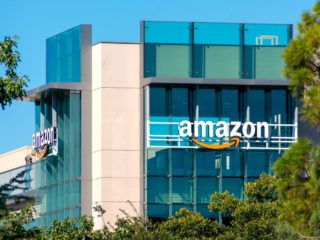 The world’s largest online retailer, Amazon, continued to benefit from the trend towards online shopping and booming cloud services in the second quarter. In the three months to the end of June, net income rose 50 percent year-on-year to $ 7.8 billion. Revenues grew 27 percent to $ 113.1 billion, as Amazon announced on Thursday after the US market closed.

Amazon cracked the $ 100 billion mark for the third quarter in a row. Investors reacted disappointed, however, and initially let the share fall by four percent after the hours of trading. In view of the already high US consumer spending and the “Prime Day” discount battle, which this time was carried forward to the second quarter, the expectations of the analysts had been high.

Moderate outlook due to corona easing

The business forecast for the current quarter also caused disappointment on the market. Amazon noted Proceeds of up to $ 112 billion in prospect, which corresponds to a significant slowdown in growth to a maximum of 16 percent – modest by Amazon’s standards. On Wall Street, a higher sales forecast and overall better quarterly figures of 115 billion dollars were expected.

Amazon benefited greatly from the online boom due to the coronavirus pandemic in 2020 and grew strongly – 40 percent in the previous year, while it is now only 27 percent. Amazon’s Chief Financial Officer Brian Olsavsky stated aloud The Verge, that Customers spent less time at home over the past quarter because Corona rules have been relaxed in many countries.

Amazon cloud with the strongest growth

On the other hand, the new Amazon boss Andy Jassy positively emphasizes the cloud services. The “Amazon Web Services” (AWS) achieved sales of 14.8 billion dollars – 37 percent more than in the previous year. This division is growing the fastest at Amazon and also faster than in the previous quarter, when it grew by 29 percent.

Sassy took up his post as Amazon CEO just earlier this month. He has been with Amazon since 1997 and headed AWS for five years. The founder and previous boss Jeff Bezos announced his resignation in February. He is now responsible for new products and projects such as his space company Blue Origin, but will remain with Amazon as executive chairman of the board of directors. (with material from dpa) /