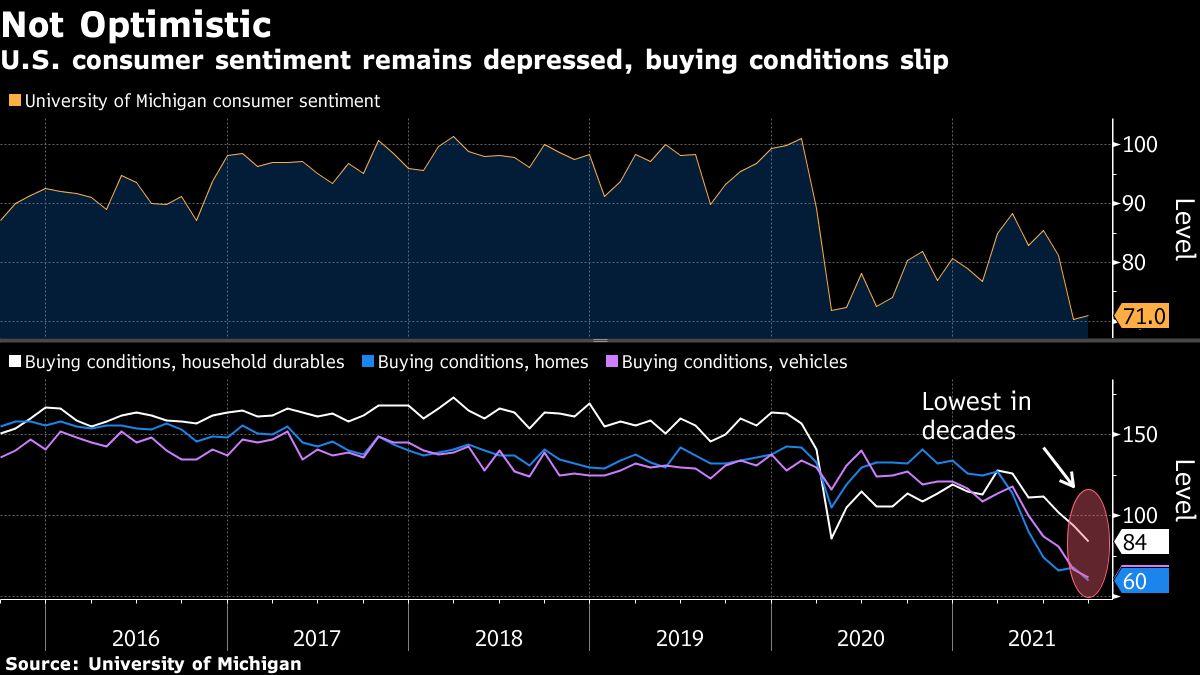 Americans faced with the worst purchasing conditions in decades

(Bloomberg) – US consumer confidence increased slightly in early September, but remained near a nearly a decade low, while purchasing conditions for durable household goods deteriorated to their worst level since 1980 due to shocks. high prices.

The University of Michigan’s preliminary sentiment index rose to 71 from 70.3 in August, according to data released Friday. The figure lagged behind the median estimate of 72 in a Bloomberg survey of economists.

Purchasing conditions for durable household goods, homes and motor vehicles fell to the lowest level in decades. The report indicates that the drops were due to complaints about high prices. Consumers expect inflation to rise 4.7% over the next year, matching the highest level since 2008.

The delta variant of the coronavirus dampened consumer confidence and prompted economists to lower their third-quarter growth forecasts as economic activity slows. Concerns about rising prices have also led to a deterioration in confidence in recent months.

The university’s indicator of current conditions fell to 77.1, the lowest since April 2020, from 78.5. A measure of expectations rose to 67.1 from 65.1, according to the survey conducted from August 25 to September 12.