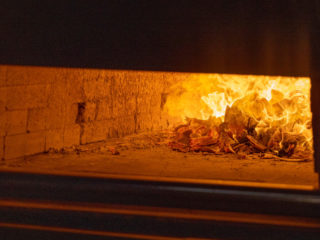 A family from the city of Perth, Western Australia, cremated a baby that was not theirs, due to an error in the hospital where she was born dead, which mistook her for another child, reports The Sydney Morning Herald.

The error took place in January 2017 and the real parents are now suing the company that runs the hospital, as well as the local funeral home and pathology laboratory, holding them responsible for what happened. The plaintiffs invoke psychological harm, manifested in constant anxiety, fear of doctors, as well as panic attacks, details 7News.

Rita and Chris Santorini realized the mistake a week after the death of their daughter Lily, during her funeral. “We reached the coffin, I went to kiss her and I said to my husband, ‘that’s not Lily,’ “recalls the mother.

In litigation in state District Court, parents believe that their baby was mistaken for another stillborn minor a week after the transfer of both bodies to a perinatal pathology center location to carry out autopsies.

It is reported that a funeral director gave Lily’s body to the wrong family, who had decided to cremate her descendant. The real parents allege that there was a violation of hospital policies, as Lily’s corpse he was not wearing an identification tape before they moved him to the lab.

“Rita and Chris deserve know exactly how this happened and what steps have been taken to ensure that none another family has to go through what they have been through, “said Dimitra Dubrow, the family’s lawyer.