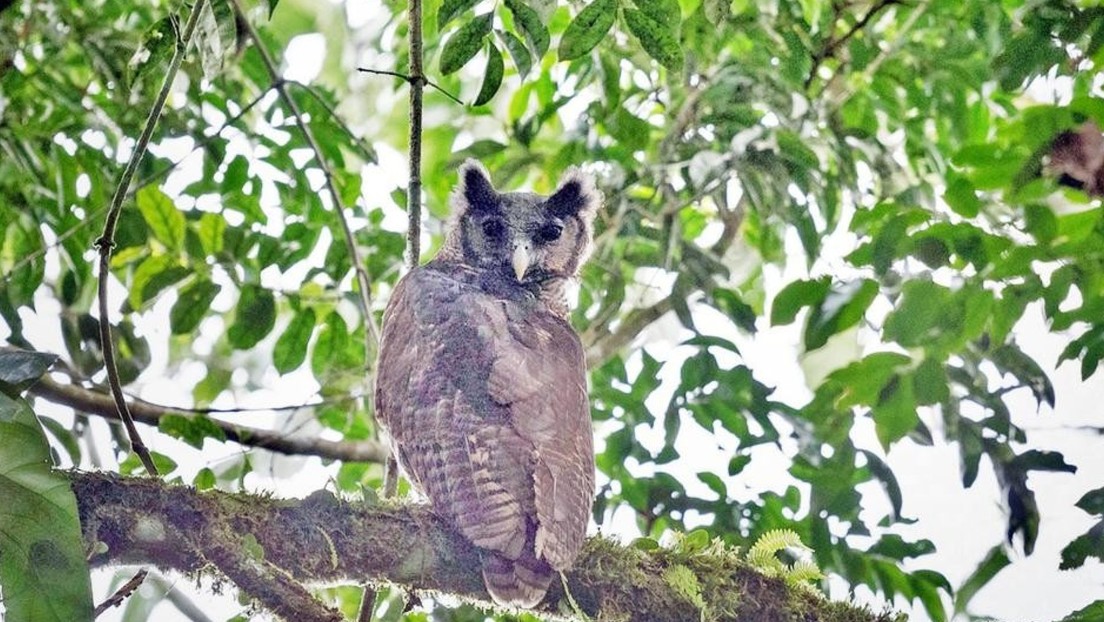 A team of British scientists, working in Ghana, has managed to photograph an unseen giant owl in the wild for the first time in the African jungles in approximately 150 years.

The striped owl, also known as shelley’s owl, was sighted last week by Dr Joseph Tobias of the Department of Life Sciences at Imperial College London and Dr Robert Williams, an independent ecologist from Somerset, communicated this Friday the university. The discovery occurred when researchers were visiting the Atewa forest, located southeast of Ghana, and surprised the huge bird that was in its daytime rest.

“It was so big that at first we thought it was an eagle,” Tobias said. “Luckily it landed on a low branch and when we pulled out the binoculars our jaws dropped. There is no other owl this large in the African jungles,” he added. Although the scientists saw the bird perched for about 15 seconds, in that time they managed to take photos that confirm the identification due to its characteristic black eyes, its yellow beak and its enormous size, ruling out other species of owls from Africa.

Shelley’s Owl was first described in 1872 from a specimen obtained from a local hunter by Richard Bowdler Sharpe, founder of the Club of British Ornithologists.

Over the past few decades there have been occasional reports of people who believe they have briefly heard or seen the bird in some localities in West and Central Africa, from Liberia to Angola. However, most of these sightings are unconfirmed, and the species has become a ‘holy grail’ for bird watchers.

The bird is officially classified as endangered specie, with an estimated population of a few thousand specimens. According to specialists, their sighting in Ghana offers new hope for striped owls.

“This is a sensational discovery. We have been searching for this mysterious bird in the western lowlands for years, so finding it here in the ridge forests of the eastern region is a big surprise“said Nathaniel Annorbah, from the University of Environment and Sustainable Development in the African country.