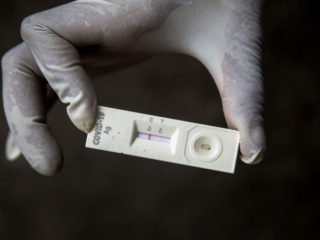 An Indonesian man with covid-19 he put on a burqa and tried to pretend to be his wife to be able to access his flight, they report local media.

Upon learning that he had the disease, the man, identified as DW, used his wife’s negative test to pass security checks with the intention of returning to his hometown of Ternaku, in the Maluku province, on a Citilink company flight.

Although the man managed to board the plane thanks to the burqa and your wife’s documentation, his plan failed when a flight attendant realized that he had removed the garment in the bathroom.

After being discovered, the man was forced to take a test that came back positive.

The authorities transferred the man to his home, where he will remain under the surveillance of the agents until he completes the mandatory quarantine.