An investigation of 200,000 votes may give victory to Fujimori’s liberal right in Peru 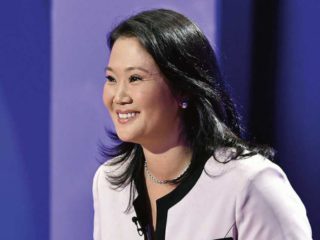 Peru is torn between falling into the presidency of Keiko Fujimori (Popular Force) or into the hands of Pedro Castillo (Peru Libre), a Maoist-inspired party split from the leadership of Vladimir Cerrón, close to the ideological positions of the Shining Path terrorist group and defender of Cuban politics. During the next few hours, the legality of the 200,000 votes denounced by Fujimori will be decisive in deciding the future of Peru.

“To understand each other, Pablo Iglesias next to Castillo would be from a moderate center,” explains the well-known and respected Peruvian journalist Aldo Mariategui to OKDIARY. Fujimori won in the capital Lima and on the north coast, the most “Chilean” part of Peru. His rival Pedro Castillo it was triumphant in the southern highlands, closer to Bolivia.

The problem is that Pedro Castillo it has been proclaimed the winner, in advance, without waiting for several electoral disputes to be resolved. To further aggravate the matter the prosecutor Domingo Pérez, of known sympathy for the Peruvian left, has not waited for the end of the count to request that he be prosecuted for corruption Keiko Fujimori, the neoliberal candidate. “Fujimori is not a saint of devotion of Peruvians, but next to Castillo is a businesswoman of certain success who can govern the country better than a radical leftist,” he says. Mariategui.

Regarding the accusations of corruption and money laundering, this same Peruvian journalist explains that “Fujimori is not a public official and therefore cannot be accused of corruption and it is true that he has received money for the campaign but that is not money laundering. carried out by her… it is something similar to what happened in his day to French President Nicolas Sarkozy, who could not prove the origin of the funds used in his campaign ”.

At the moment there are three open battle fronts: there is a block of votes contested by the controllers of the party of Fujimori, in total 802 electoral records. On the other hand, the ONPE o The Peruvian Central Electoral Board is studying the challenge of several polling stations and finally, Fujimori’s candidacy asks for the nullity of thousands of votes due to irregularities in the voting process, such as votes cast twice, voters who have died or who have voted in different places , etc…

In total, the moderate candidate asks for some 200,000 votes to be annulled, which could turn the election around in her favor. For now, with 99 percent scrutinized, Pedro Castillo’s “Peru Libre” would win by 73,000 votes,

The candidate of Fuerza Popular made this claim thanks to the help of several Peruvian lawyers, led by former Fujimori deputy Miguel Torres placeholder image, which try to demonstrate irregularities such as signatures that do not match or kinship between members of the polling stations.

The candidate of Fuerza Popular already denounced these alleged irregularities last Monday, but already then the polls already gave as the winner by the minimum to Pedro Castillo. Criticism has also been directed at her for this reason, for waiting for the polls to give the candidate of the left the winner.

The result of the elections is important for Spain, since around 400 companies in our country have interests there. Spain is the main foreign investor in Peru with some 15,000 million euros. According to the latest data from the Foreign Trade Institute (ICEX), Spain invested more than 3,800 million euros in 2019, more money than that invested by the United Kingdom, the United States or Canada, for example.

The danger to Peruvian democracy is real, to the extent that the Nobel Peace Prize winner Mario Vargas Llosa, declared an anti-Fujimori, has asked that Keiko Fujimori’s complaints be investigated. “If Castillo wins, Peru is heading towards absolute debacle,” Aldo Mariátegui sentenced.