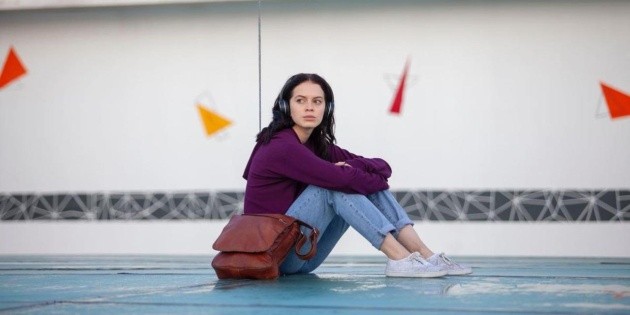 Ana Valeria Becerril spoke about the importance of Control Z: “it is always good to give representation to minorities”

On August 4, Netflix added the second season of Control Z. The series, of Mexican origin, became in just a few weeks the most watched in Latin America. The strip, on this occasion, reflected the consequences of the massive hacking suffered by the Institute and the pain and guilt after the death of Luis. But, even so, there is no one who can save students from a worse evil.


Without a doubt, these chapters once again put all the students between a rock and a hard place by blaming each other. With the exclusive role of Ana Valeria Becerril in the skin of Sofia, the second season of Control Z vastly outperformed the first. Now it not only encompasses mystery and drama, but it also does not neglect mental health, how social networks can torment young people and unmatched performances.

And, exclusively for Spoiler, Ana Valeria spoke about the experiences and reflections that it brought her to interpret a character as characteristic and frontal as Sofi. “I began to research anxiety, depression and other mental health illnesses such as self-harm because something that mattered to me and still matters a lot to me is giving a good representation“, He said. Likewise, the actress assures that “it is always good to give representation to minorities, groups or situations that we were not used to talking about”, An action that he sees reflected in his character.

However, beyond the fact that Becerril prepared and investigated for this great character from Control Z, there are also many similarities that you see with Sofi. “There are a lot of things that I share with her. The fact of not being so outgoing, being a little quieter, but there are definitely other things where I am not alike at all and that also makes me happy.“, He stated after assuring that”it is always important to create a character creation and know that it is fiction”.

In turn, beyond working on the personal and emotional growth of each character, Control Z It also teaches a lesson that has rarely been seen so explicitly: bullying always has consequences. That is why, for Ana Valeria, it is important “speak openly and without fear of falling into dark places as it is also a good way to say it, without putting makeup on saying “oh well, they give it a little push and that’s it.”.

In fact, for the actress, delving into these social problems in the middle of entertainment “is to show the real consequences and that it is ugly and that it really affects another person very deeply”. That is why, according to what she said exclusively for Spoiler, the plot of the series that catapulted her to international fame, also gave her a reflection on her personal life and the fact of being a public figure.

“The private I leave it in my private life for my close people and I also take advantage of the fact that, if I already have this media voice, a number of people who are listening to me and who take me as a reference, I want to be very aware of that, that I have a responsibility, that someone is listening to me“, He said. Even so, beyond all social problems, Ana Valeria also understood, thanks to this fiction that, “you can have a blast while you work, while you talk about topics a little more serious or intense and you can learn at all times”.

So much so that, like the rest of the cast, Sofía’s interpreter is already fighting for a renewal for a third season. “We are just waiting for the green light for Netflix to continue working. It is a project that causes us all and brings us a lot of sensations, so I also look forward to a third season“, He said.

Although, later, to close, he assured that during the wait already working for a new project that promises to be just as entertaining as Control Z. “It is from another platform, but there will be time to reveal it”, He sentenced between laughs Ana Valeria Becerril.