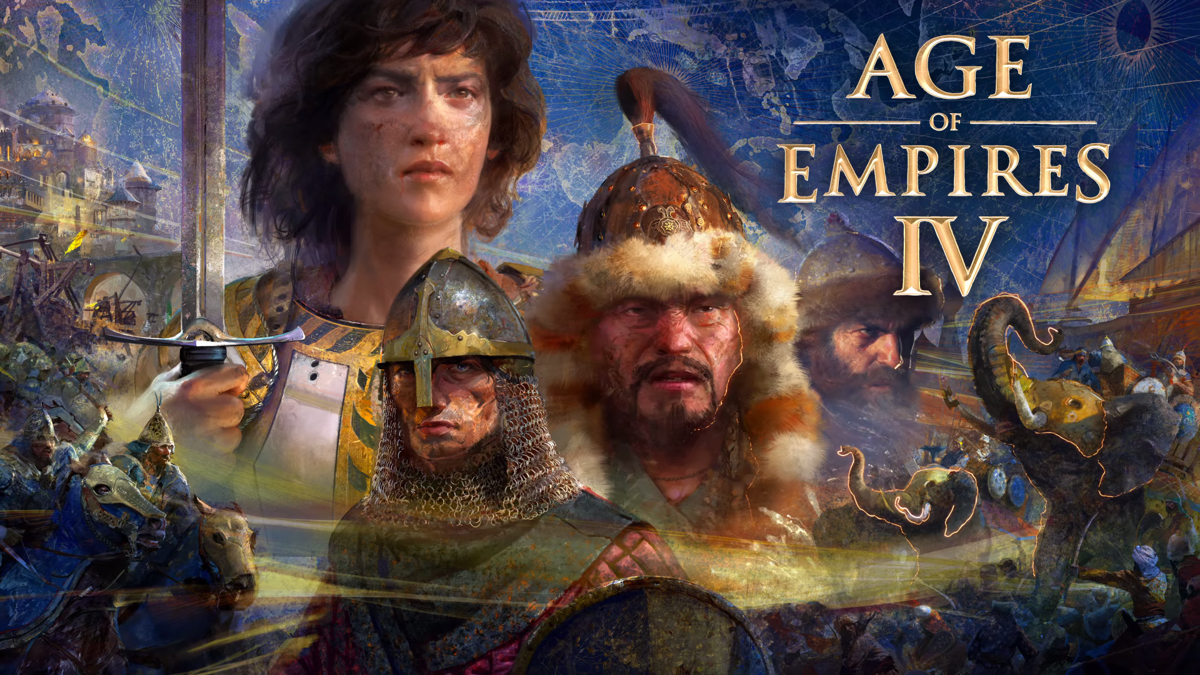 Analysis of Age of Empires IV, a return to the height of a historical saga

Real-time strategy, history and video games. Or better yet: history and video games. If they tell us to name a saga related to these two terms, most of us who are already starting to comb gray hair will think about it: Age of Empires, one of those franchises capable of redefining a genre. His first installment laid the foundations of a formula that, for many, peaked with Age of Empires II, a video game that falls within the Olympus of the medium and is positioned as a benchmark. Later, with the last iteration of the trilogy, the enthusiasm waned, but his presence continued to pull on a genre that seemed exhausted. Now, more than a decade later, Relic Entertainment has the ballot to bring the brand back to the present day, and to do so while meeting expectations that are not easy to satisfy. The doubt was a reasonable thing, but I already tell you that Age of Empires IV lives up to the legacy of its predecessors.

The announcement of all this came in August 2017, when Xbox began its adventure with Game Pass and was not perceived, not even close, as such a powerful product. That is to say, there was a pressing need for bombastic advertisements, so suspicions were not made to beg. With this attitude, the choice of the studio was essential for the project. And, as they say: what begins well, ends well. Relic hardly needs an introduction. We are talking about a team with more than 20 years of tradition in the creation of real-time strategy video games. In fact, they became known to the world in 1999 with the launch of Homeworld, a cathedral space RTS, whose proposal was perfected with its sequel. Along the way, jobs like Warhammer 40,000: Dawn of War or Company of Heroes endorse the talent of a team that if it knows something, it is this.

You can see it as soon as you start the title. The love, affection and respect from which Age of Empires IV has been approached are present from minute one. The design of the menus, their graphics, their elegant color palette and the ability to project, at all times, that we are facing the return of a classic. The team, aware of the relevance of the aforementioned second installment, has not been afraid to look towards it to lay the foundations of what can be considered a re-founding of the brand. For this reason, not thinking about Age of Empires II is complicated, but it is not something that feels like the refuge of a safe value, on the contrary, it works as a starting point for an update that seems most natural.

Campaigns, much more than a simple tutorial

Entering the matter, Age of Empires arrives with eight civilizations: English, Holy Roman Empire, French, Delhi Sultanate, Mongols, China, the Rus and the Abbasid Dynasty. The differences between each of them are remarkable, and this is something that the title manages quite well and stages, even better, in its different campaigns; one of the main dishes on the menu. The number rises to four, and take advantage of each one of them to get the most out of the civilization that stars them. The first is the one that was presented a few months ago, The Normans, in which the rise of King William I of England and the chaos generated by his descendants is narrated. A journey of about 60 years that brings us closer to the most classic principles of the saga. The second is The Hundred Years War, which takes us from 1351 to 1450, reviewing the most important events of the famous century of confrontations between the French and English crowns. The Mongol Empire it follows the main conquests of the empire built by Genghis-Khan over the course of 50 years, and puts the emphasis on mobility, siege and blockade of trade routes. And finally we have The Rise of Moscow, in which we will see how the Russian capital has overcome all kinds of difficulties throughout more than 300 years, while we learn to strengthen our defenses and prosper by fostering trade.

Each of them is designed so that we can experiment with the most relevant options for each empire., and they function as a sample of the heterogeneity of approaches that can be taken when trying to obtain victory. They act as a premium tutorial that prepares us for both the most demanding challenges and online. But that is not its only value, because both its structure and its staging make it quite difficult not to continue after finishing a chapter. In total, we have 35 missions covering more than 500 years of history.

At the beginning of each chapter we come across a documentary video, with a real image, which gives us the necessary context about the events that inspire the next block. This material, made in collaboration with Lion TV, shows an impeccable technical invoice, displaying high levels of production, good dubbing and the difficult virtue of finding the middle ground to provide relevant information without falling into excess. Each chapter can take us between one and two hours (something very variable depending on the ability of each one and the level of difficulty) and it is made up of several missions. At the end of it, we will receive a brief history page in which what happened is summarized, the video that served as an introduction and an additional documentary about some cultural curiosity related to events played: from the hawk hunt to the architectural techniques that the Normans imported into England, or those used by the Rus to build mighty Moscow.

The readability of your battles is still intact

The end of the campaigns, for many, will be something like the beginning of the game. In this sense, continuing with the single player side, we have the skirmish, which proposes 6 types of predefined battles, with a disparity of participants (from 1 vs. 1 to all against all), of situations and maps: An Empire Divided, The Riverbanks, Bellum Sacrum, Threatening the West and battle against the machine alone or in teams. Each of these modalities sets rules and a specific context that can be adjusted to our whim. Although if you prefer, there is also the lifelong skirmish, in which to create a game from scratch. Of course, before you start remembering to notify your loved ones, do not think that he has given you a parraque or something like that. Here we can configure the size of the map, the number of participants, the age at which we want to start, the presence of distinctive buildings, the initial resources or the state of the map; a perfect space to experiment. Although if you are new to RTS, you can stop by The Art of War, and there you will find a series of challenges that serve to delve into the different systems that we must manage in each game.

Once on the ground, Age of Empires IV it feels like one of those video games that knows how to make complex things simple. This is something he achieves thanks to his high level of communicability. In a game to AoE we must be aware, almost at all times, of several things: the explorer we send to open the map, the villagers we are training, the group we send to exploit a vein of gold, trade routes or management of the army and the direction of its attacks; so that clarity, which is once again displayed, when transmitting everything that is happening on the map is essential. Although that wouldn’t do much good if its accessibility wasn’t up to scratch, but luckily, it is. Here the use of the keyboard and the mouse is crucial, keyboard shortcuts are essential when establishing control groups among our troops, separating the type of units, giving orders or changing formations. Despite how complex it may seem in the first hours, the learning curve posed by the tutorials and campaigns is so well adjusted that it doesn’t take long to get up to speed and even less to start having fun. And the thing multiplies when we begin to exploit the differences between the different classes. What do you want to play to quickly build resistant fortresses? The Rus are your option, do you prefer quick raids and gain resources based on looting your neighbors? choose the Mongols, but if your thing is the rapid development of technology you may be more interested in the Sultanate of Delhi.

Put your paw online and say goodbye to your life

At this point, we would the online, and in it we run into more or less the usual. Games with up to eight players with individual, pair, trios or foursome matches, cooperative against the AI ​​or all against all. During the analysis it didn’t take too long to find a game, taking into account that the servers had to be practically empty, and these have worked quite well; It remains to be seen how it goes when the peaks of players are the ones that a title of this size is supposed to reach. And speaking of the servers comes the discordant note, because when saving the game (playing alone), when it needs to sync with the server to update the user experience the title tends to get hooked for a few seconds. This is something that will take days, but it can become annoying, spoiling the good performance that the game normally has. It is also true that you can play offline, but then your progress as a user is lost, making it impossible to access the rewards (emblems and monuments to customize your profile).

The icing on the cake is an artistic section that shows a perfect balance between the second and third installments. One of those works that seem to capture the idealized memory we have about past titles, a well-measured visual translation to current times; elegant and functional. Its excellent soundtrack, which perfectly accompanies both the videos and the voltage peaks of the games, and the worked animations of each of the units complete the whole.

All in all, I can only remember that, Anyone who is curious and has a subscription to Xbox Game Pass, will be able to enjoy it on PC the same day of its launch, the 28th of this month, although if you prefer, you can also get it on Steam. Age of Empires IV He arrives ready to ratify a saga that has been fundamental for strategy video games, it is a love letter to the original trilogy, an update made from respect for the legacy of a franchise that marked an era in the field of compatible. It has been four years of waiting, but after a few hours the feeling of playing the natural evolution of the memory I have of the franchise came over me. That sensation, that seeing that everything fits almost almost as it should, is what will make Age of Empires continue to be, by the hand of its fourth installment, synonymous with history, strategy and video games.