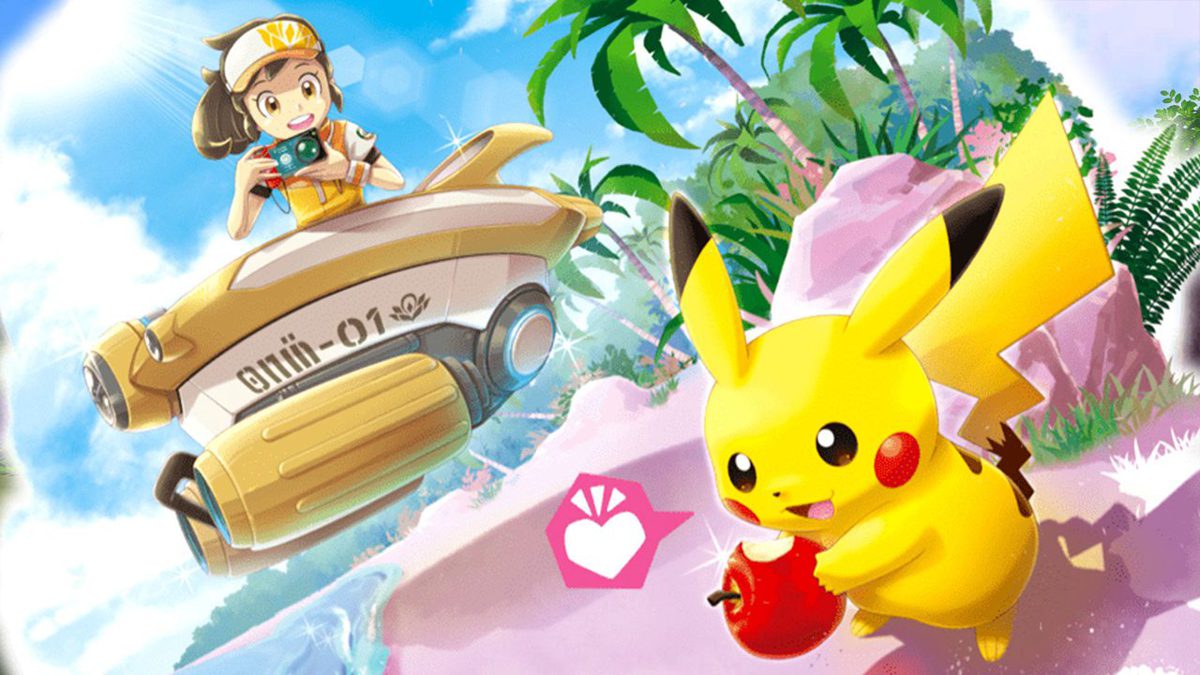 Analysis of New Pokémon Snap for Switch, get them all (pictured)!

My relationship with New Pokémon Snap has been curious. I admit that I wanted to return to one of the strangest and most interesting games in the franchise after the more than 20 years since the original launch, but the first contact was not the best. The game has many features that only Game Freak creature lovers may appreciate, because What I have enjoyed the most has been finding all of them in a different way than the rest of the games in the series allow.

When Pokémon Sword and Shield had not yet been released on Nintendo Switch, I dreamed that that Wild Area they were talking about would finally allow us to discover Pokémon in a true wild state. Living as they would in the real world, not hiding in the grass or running around aimlessly. The end result, obviously, was nothing like that dream that many players shared, but Seeing it become a reality is the best surprise that we will find in New Pokémon Snap.

The Pokémon that we find in the different routes of New Pokémon Snap really feel in the wild. They walk alone or in groups, they eat, they drink water, they have their spaces, they fight with other creatures, they have different personalities, they react to your actions in different ways … To enter each of the phases is to enter a window through which many players have never looked out. The beauty that Nintendo Switch allows to transmit visually helps a lot to make the stay in this world fantastic.

But then why did the first contact leave me a little cold?

New Pokémon Snap is about taking photos. It is nothing like the rest of the experiences that the franchise has proposed, and that there have been few outside the main series. The problem is that it emits a certain aura of “minor game” in its first hours., when you are not yet fully aware of their successes (which has them kicking). Sometimes we will have to repeat the same areas to get a specific photo or increase our points to advance a story that can take us about 10 hours to complete. And beyond that, the feeling that remains is that of having to repeat and repeat the same levels to photograph all the Pokémon in their different positions to be complete … and that’s it.

With the passing of the hours you discover that New Pokémon Snap generates an interesting puzzle in each of its phases, which must be cleared little by little in each of its attempts. We will be unlocking accessories such as food, light balls or the possibility of accelerating our vehicle with greater speed, which give the games much more life and encourage us to try different things with each Pokémon to be able to capture its image in different situations. But basically, everything unfolds the same: a scenario that we go through on rails with an automatic advance where we have to be fast and precise to capture the snapshots that interest us.

Repeating the phases is to discover that at a certain point (when we get a specific number of points that allow us to level up each area) there are significant changes. Pokémon get used to our presence and react in different ways, allowing us to photograph them in other situations. Other creatures appear, inaccessible areas allow you to travel alternative routes … there is always life and enough variations that touring the same area over and over is interesting to complete that puzzle that in the end is the whole game.

Each Pokémon has four situations / postures that we need to photograph if we want to be complete. From its normal image to the performance of a specific action, everything is about playing with each creature and discovering new possibilities, both those presented by the stage and those that we can generate with our tools. In turn, each photograph has a rating, and it will not be the same to capture the Pokémon in a fantastic close-up image than in the distance. New Pokémon Snap tries to bring out our collector streak, like any other installment in the franchise, and we ourselves bear the burden of whether the work is more or less addictive.

I think this is going to cause each player to experience New Pokémon Snap in a very different way. For example, I wanted to complete some content but not at an unhealthy level, and it was difficult for me during long gaming sessions. I think I would have enjoyed it much more by throwing the occasional occasional game when I felt like it than to focus all my efforts for a few hours on getting all the photographs. That feeling of constant repetition does not help, no matter how much the scenarios change and the situations too (as I have commented before), and There are several moments in the game in which it has been somewhat more difficult for me to face the phases motivated.

That feeling of playing a title whose progress resembles a mobile game more than a full-price game on Nintendo Switch has also surfaced from time to time. There are no micropayments, there are always new things to do and there are no limitations, but that strange feeling has come every time I had to repeat a phase to find something in particular or reach a score that would allow me to level up.

There is also not much content, or all there could be. The number of Pokémon that we can photograph is 214, which is far from the total number of creatures that exist. It is normal that they are not all, but it also generates a feeling of emptiness in the staunch follower of the franchise. And it also portends the arrival of DLC content or updates in the future, who knows in what way.

The feeling it generates New Pokémon Snap when you manage to take a good photograph, or when after many efforts you manage to find the ideal moment in which to capture that Pokémon in a position or action that always eludes you is very satisfactory. The game is enjoyed, of that there is no doubt, but certain decisions in its design and in the way in which its progress is made play a little against it.

Perfect for Pokémon lovers who have the same need as me to discover their favorite creatures in a real environment, in the wild. Know how they behave in their habitats and learn much more about them, including their behavior or personality. The tools that are provided are making progress through the routes more and more interesting, but the pace drops when you have to repeat some of them or in long game sessions.

New Pokémon Snap is a good return to a mythical game that remained in the memory and nostalgia of many players. The feeling of touring the wild world of Pokémon for the first time is priceless, as is the satisfaction of finding new creatures and completing our photo album with quality images. However, the final feeling is also that something else could have been used, perhaps with more content, routes and Pokémon, or perhaps with more tools and formulas that would make it more entertaining to repeat the sessions in search of new snapshots.

New Pokémon Snap fulfills the dream of many players: to truly discover Pokémon in the wild. The approach to the photography routes is interesting, configuring a puzzle in which we must intervene, and the feeling of taking a good photograph is fantastic. However, it leaves you with the feeling that your world and creatures could have given something more of themselves, with more content and use of their tools. Ideal for fans.