Andalusia, the lifeline of employment in Spain: it will create the 180,000 jobs destroyed by the rise in the SMI 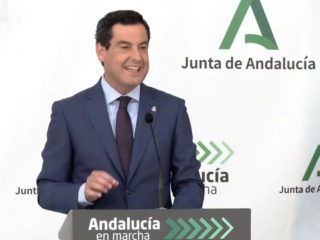 From being in tow of Spain with socialism to being one of the economic engines of the country with Juanma Moreno. The change in Andalusia has led the community to be one of the strongest both in the financial plan as in the labor. This is what emerges from the latest study of the BBVA Research, which foresees that Andalusia will grow 5.4% in 2021 and 7% in 2022, and that in this period almost 180,000 jobs will be created, precisely those that, according to the Bank of Spain, have prevented them from being generated by the rise in the Minimum Interprofessional Salary (SMI).

The catalysts for this great future performance in Andalusia, according to the BBVA Researchare the advancement of vaccination, a favorable international environment, the greater dynamism of the consumption of Andalusian households and the boost that European funds will allow Next Generation EU (NGEU).

If these forecasts are met, “the Andalusian economy would create 177,000 new jobs in the 2020-2022 period,” as announced by the chief economist for Spain at BBVA Research, Miguel Cardoso, at the press conference to present the latest report ‘Andalusia situation’.

In any case, BBVA has warned that “The uncertainty is high”, in particular with regard to the vaccination process, the evolution of the pandemic and the distribution of European funds, something that “could condition the speed of recovery.”

According to the aforementioned report, Andalusia’s GDP «fell by 11% in 2020», which represents an impact of the crisis on the economy in line with the estimate for the Spanish economy as a whole (-10.8%).

According BBVA, various factors would explain the relative behavior of the Andalusian economy in 2020. Specifically, Cardoso explained that the final impact on Andalusian demand it was “more marked by the greater weight of the sectors of social consumption and tourism.”

Also, exports Andalusian goods they fell by 12.4% year-on-year, compared to the -10.2% observed in Spain as a whole. “This is due to the drop in external demand for capital goods, raw materials and energy products,” he pointed out.

In this scenario, the impact on the Andalusian labor market has been greater than in the whole of Spain and “heterogeneous” from the territorial point of view. Thus, the municipalities of the Costa del Sol, given the greater weight of foreign tourism, were more affected, with a loss of employment of more than four percentage points compared to the pre-ndemic level.

On the contrary, the impact on Social Security affiliation in urban and rural areas and in the rest of the tourist areas of Huelva, Granada and Almería it was less intense, supported by essential activities and national tourism.

Cardoso has stressed that “The Andalusian economy consolidates its recovery in 2021 and could accelerate in 2022”. At the beginning of 2021, activity in Andalusia and Spain “would have been reduced due to the evolution of the pandemic, Brexit and higher oil prices.”

Thus, it has also explained the greater mobility restrictions, due to the increase in the number of infections since January, they reduced the spending of Andalusian families. Nevertheless, between February and April, face-to-face card spending in the region averaged 6% higher to that observed in the same period of 2019.

Also in May, with the lifting of mobility restrictions, Andalusians spent more in other Andalusian provinces than before the pandemic, especially in Cádiz, Málaga and Huelva. Furthermore, according to BBVA Research, “visitor spending from the rest of Spain is moving towards normalization of spending”.

For their part, exports of Andalusian goods improved progressively in the first quarter of this year. Although initially they would have slowed down due to the UK’s departure from the EU and the deterioration of the health situation in Europe, the available data point to greater dynamism, supported by the increase in external demand for capital goods, semi-manufactures and sales to the euro area ”, according to the aforementioned report.

In any case, “The increase in the price of oil could subtract close to one percentage point from the growth of 2021”, both in Spain and Andalusia. For the coming quarters, BBVA Research expects an acceleration of the recovery.

Progress in vaccination, the recovery of activity in Europe, the continued impulse to demand, in particular that of NGEU funds, the expansionary policies of the ECB and a significant unused production capacity after the sharp drop in spending “They will favor the advance of consumption, tourism and investment, which will boost the recovery.”

In this context, according to the BBVA Research Department, in 2021 the Andalusian economy could grow at least 5.4% and 7% in 2022, although the dynamism shown by tourism and consumption, since the end of the state of alarm, “represents an upward bias on forecasts.”

If the scenario envisaged by BBVA Research is fulfilled, Andalusia could create 177,000 jobs between 2020 and 2022, «Which could favor the reduction of the Andalusian unemployment rate to 22%».

BBVA Research has considered that “the expected recovery scenario could be affected by various factors of high uncertainty” and has indicated as the “main risk” the sanitary, for which it has considered “key code” a “rapid, effective and massive” vaccination, in Spain and in Europe, to ease restrictions on economic activity and mobility.

In particular, in Andalusia the population immunization process evolves to “A very close rhythm” to the national average. Furthermore, there is a risk of “failing to address the reforms necessary to create the conditions for a vigorous recovery, facilitating the maximum use of NGEU funds.”

These funds, whose greatest impact will be from the second half of 2021, «Will be distributed in part among the communities, and the final distribution and its efficiency could condition the growth forecasts of each region ”.

Collaboration between governments, and with the private sector, «will be crucial for proper choice and execution of the projects with the greatest impact on employment and productivity, not only in the short term but also in the long term ”, BBVA Research concluded.