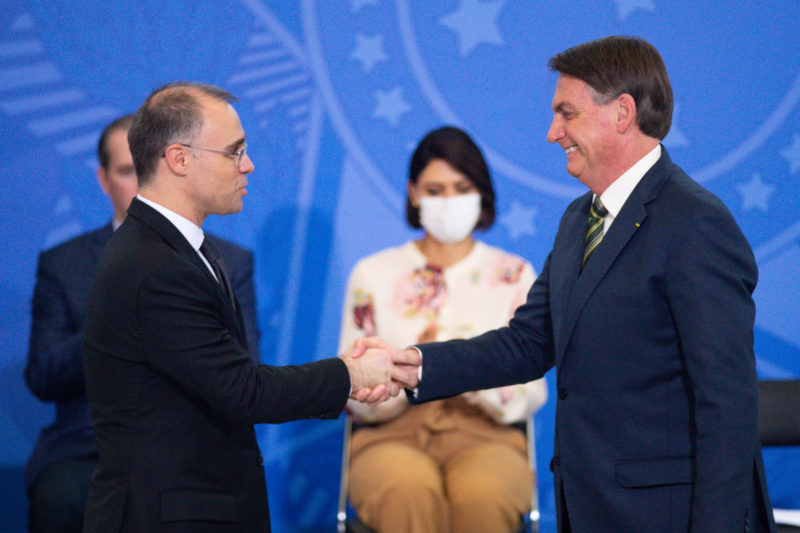 Brazil, a secular state, will now have in its highest court a lawyer who is also a pastor of the Presbyterian Church. André Mendonça, 48, received this Tuesday the blessing of the Senate (47 yeses and 32 noes) to become one of the eleven judges of the Supreme Federal Court. Other members of the court are believers, but it is the first time that the chosen one is openly religious in the public sphere, reflecting the growing power of evangelicals. President Jair Bolsonaro thus fulfills his promise to appoint someone “terribly evangelical” to a court that has an active role in Brazilian politics.

The former military officer’s first public appearance upon winning the elections was a family prayer. After thanking God for his appointment, Mendonça described its meaning: “A step for a man and a leap for evangelicals.”

Bolsonaro, an ultra-conservative on the extreme right, thus scores a goal before the evangelicals, something crucial on the eve of an election year because they are the group that voted most unanimously for him in 2018. Mendonça has promised, during a long appearance in the Senate, scrupulous respect for the secular state and democracy: “As I say to myself, in life, the Bible; in the Supreme, the Constitution ”. The new judge says that he intends to “defend the secularism of the State and guarantee the religious freedom of all citizens, including those who choose not to have religion.” Attacks on religions of African origin have multiplied.

Getting to the Supreme Court has been a kind of Way of the cross For this lawyer who did a doctorate at the University of Salamanca (Spain), he was Minister of Justice and now directs the General Lawyers Office of the Union. For four months, the president of the Senate, Rodrigo Pacheco, has kept him in limbo because he was reluctant to include his appointment on the agenda, upset with Bolsonaro. Parliamentarians and evangelical pastors have made an enormous mobilization effort in the face of a vote that was anticipated to be close and it has not been.

To questions from the senators, the new Supreme Court judge has promised not to discriminate against anyone (including the LGTB + community and their families, whom he has expressly mentioned at the request of an opposition deputy who has a husband and children). His attitude has been to constantly seek harmony and common ground even with the most critical, in addition to being humble.

In Brazil, as in other countries, the high courts have led the expansion of civil rights such as homosexual marriage, legalized in 2013, or the right of transgender people to change their official name without medical evaluation, authorized in 2018. Abortion is legal only in three cases and in recent years legislative initiatives have multiplied to restrict it even more. It is the second member of the Supreme Court appointed by Bolsonaro (his admired Donald Trump appointed three, which has put the right to abortion in the US at risk). If the Brazilian were re-elected, it is expected that he would promote the so-called customs agenda.

Brazilian society is conservative. No other country has so many Catholics but they are in sharp decline. If in 1980 they accounted for 90% compared to 6.6% of evangelicals, they have an unstoppable advance. Now the ratio is 65% – 22%. A reflection of this profound social change, the evangelical caucus is one of the largest in Congress, with 127 of the almost 600 members of Congress. Before the pandemic, they met once a week to celebrate a service in parliament.

Its parliamentarians have mobilized intensely to achieve the election of the brother Mendonça, as they call each other. They brought dozens of pastors to Brasilia to meet with each of the 81 senators. They did the same in the respective States. “Senators always come to our churches to ask for the vote. This time it was our turn to ask ”, explains the deputy and parish priest of the Assembly of God Sóstenes Cavalcante.

His concern was to lose the opportunity to be able to raise a barrier of contention in the Supreme Court against progressive issues, such as the right to abortion, the rights of LGTB + people, the access of the churches to the media or the legalization of drugs or gambling. “In recent years, the left left the Government and lost space in the Legislature. He always resorts to the Supreme Court, which does not have a conservative judge. With Mendonça there, we have the guarantee that he will at least ask for views on issues that are to the liking of conservatives, ”explains the evangelical deputy.

Among the 2,000 cases that he will inherit from the retiring judge, several concern sensitive issues for Bolsonaro such as the request to investigate the first lady, Michelle Bolsonaro, for alleged corruption or others linked to the management of the pandemic, for which he the Senate has called for him to be prosecuted for crimes against humanity. The state attorney general has been studying the petition for a month.

Official of the State Attorney General, defended the breakdown of social isolation measures during the toughest months of the pandemic, including the reopening of religious temples. During his tenure, the Ministry of Justice prepared a dossier on almost 600 people who declared themselves anti-fascists and five investigations were opened for defamation and slander against the president, which were filed by the judges one after another.