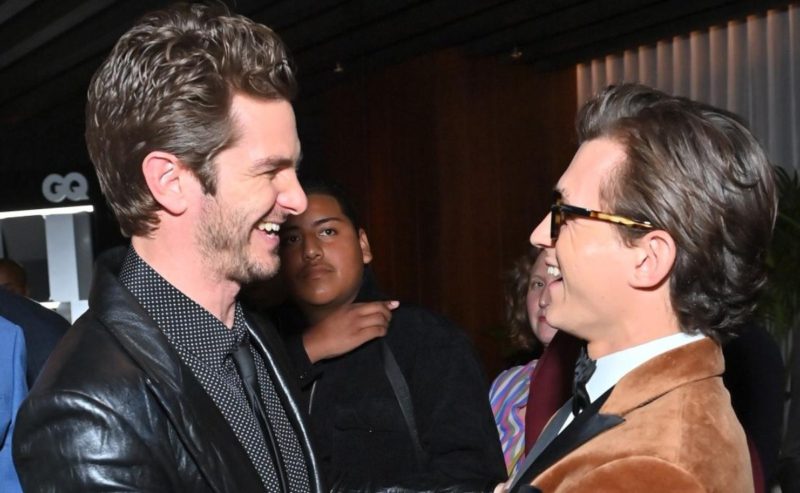 In less than a month, theaters will be filled with fans of the Marvel Cinematic Universe to witness one of the great events of the year. It is about the launch of Spider-Man: No Way Home, the third Spider-Man movie featuring Tom Holland as the protagonist. But that is not all, because the suspicion that their predecessors have at least one cameo becomes more and more relevant and any comment from the protagonists gives support to that theory.

Previously, Tobey Maguire and Andrew Garfield played their respective versions of Peter Parker. The last of them lives a very good professional present and is in the eye of all moviegoers after his brilliant performance in Tick, Tick… Boom!, the film recently released in Netflix. It was in this context that he participated in a massive event organized by GQ magazine and there he met the current Spider-Man.

Almost automatically, the hug picture between Andrew Garfield and Tom Holland toured the world and once again drove fans of the superhero franchise crazy. At the party called “Men of the Year”, the meeting was something to speak of because of the trust they showed between both actors. However, the eldest of them explained that it was the second time they met in person. Here we tell you what he said in dialogue with the Nova’s Smallzy’s Surgery podcast.

“I only went for a couple of hours. I hadn’t been to a party in the last two years, so it was nice to be out and about and feel like you can hug people. It was very sweet”, Began by clarifying the protagonist of The Amazing Spider-Man. And he commented: “I got to meet Lil Nas X, of whom I am a huge fan. But also I could see again a person that I really like, Tom Holland”.

About the meeting, Garfield remarked: “We had only met once a few years ago on a red carpet. I was there with my dad and he was there with who I think was his mother. It was something very sweet”. About the upcoming Marvel premiere and Sony Pictures, he emphasized: “It was good to be able to see him and say: ‘I’m so excited to see what your movie will be like’. I believe that he’s a great actor and a great Spider-Man. It was fun”.