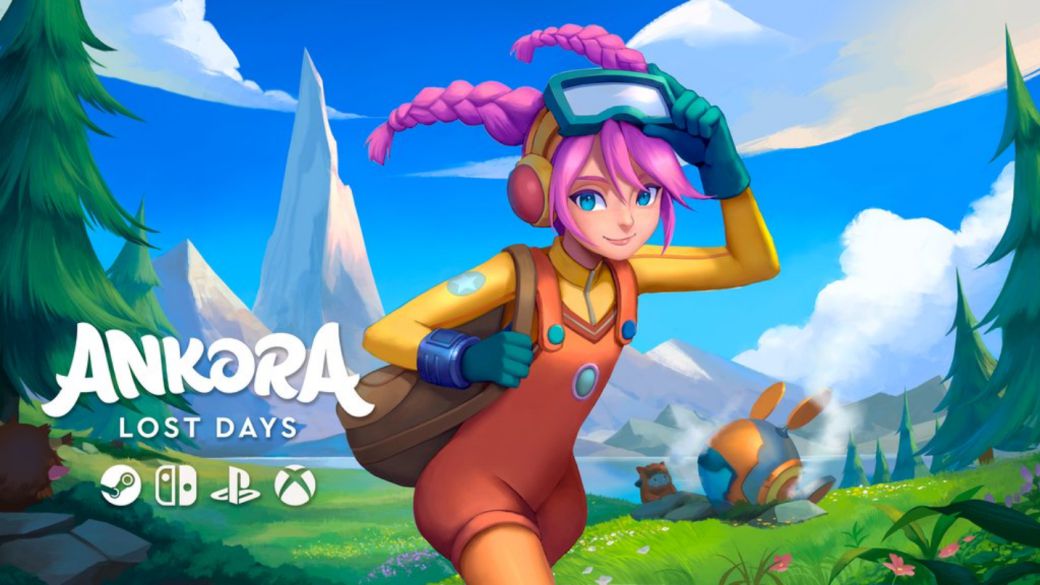 Chibig Studio has a new video game in development, Ankora: Lost Days; but the Valencian team needs help to facilitate the financing of the project. After releasing the title, the authors of Deiland and Summer in Mara launch a crowdfunding campaign in Kickstarter to find financial support from fans.

What is Anroka: Lost Days; planned for Nintendo Swithch, PS4, Xbox and PC

Ankora: Lost Days is a single player survival adventure with exploration items and crafting. After learning from its first projects and the original Ankora, this new title seeks to reach all platforms and, thanks to Tesura Games, it will also have a physical edition for Nintendo Switch and PS4 that includes, in addition to the title in the making, Deiland: Pocket Planet.

Those who contribute from 20 euros to the Kickstarter campaign will get an advance copy of the title plus other digital incentives; including an art book and the game’s soundtrack.

At the moment, the Kickstarter campaign has raised € 36,218 thanks to contributions from 861 backers. There are still 30 days to go to help make this video game possible.

As in Summer in Mara, this Ankora: Lost Days seeks for the player to have a direct relationship with the environment, which is why Chibig Studio has included crafting mechanics and terraforming on this wild planet, very colorful and full of biomes. Its narrative component will also be there, as on previous occasions. As they admit, the visual style of the game breathes elements of Studio Ghibli, with direct examples like Nausicaä from the valley of the wind. This mix between fantasy and modernity is presented as one of the main visual skills of the work.

If all goes well, the sponsors of Ankora: Lost Days receive their advance copies the next month of July 2022. The final release will occur on Nintendo Switch, PS4, Xbox, and PC via Steam.

Did you see how beautiful our Ankora physical edition looks? 😍😍 Thanks to @TesuraGames for bringing this beauty to life!🥰🥰

You can get it in our Kickstarter campaign:
➡️https://t.co/31Yu0tR7uF pic.twitter.com/wAFdK6Htfy