Announced Stranger of Paradise: Final Fantasy Origin, an action game from the creators of Nioh 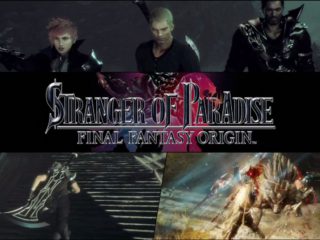 The rumors were true. Square Enix and Tecmo Koei are working on a new video game in the Final Fantasy series. It was at the end of the E3 2021 conference when the Japanese company launched the bombshell: Stranger of Paradise: Final Fantasy Origin, from Team Ninja (Nioh, Ninja Gaiden) will be a reality and will go on sale in 2022 for PS4, PS5, Xbox One, Xbox Series X and Xbox Series S. They have also reported that there will be a demo on the next generation console from Sony soon.

From what has been seen, it is an action game with touches of role-playing, a concept that resembles the Soul styles. Tough battles, powerful enemies and a lot of exploration through the scenarios await us. The design shows quite dark settings, in line with its setting. In the trailer, which you can see below these lines, you can see the use of weapons such as swords, but also moments in which the character fights melee.

Who is behind the game?

As announced, the script will be provided by Kazushige Nojima, one of the classic writers of the saga, who we recently got to see in Final Fantasy VII Remake. Daisuke Inoue will direct, while Jin Fujiwara will serve as producer. Additionally, the project relies on Tetsuya Nomura in character design and other creative and production endeavors.

Stranger of Paradise: Final Fantasy is not the only video game in the series that has been shown. Square Enix has taken the opportunity to announce that it will reissue the first six Final Fantasy on Steam and mobile devices. It will do so with a new remastered version They have called Pixel Remaster, which is an update of the sprites, but respecting the classic two-dimensional design. It is not the same style as the revamped version of Dragon Quest III, as it looks more like the originals.

Beyond these titles, Square Enix works on Final Fantasy VII Remake Part II and Final Fantasy XVINot to mention the new Final Fantasy XIX expansion, Endwalker. What is clear is that a fairly bright future awaits this role-playing saga.