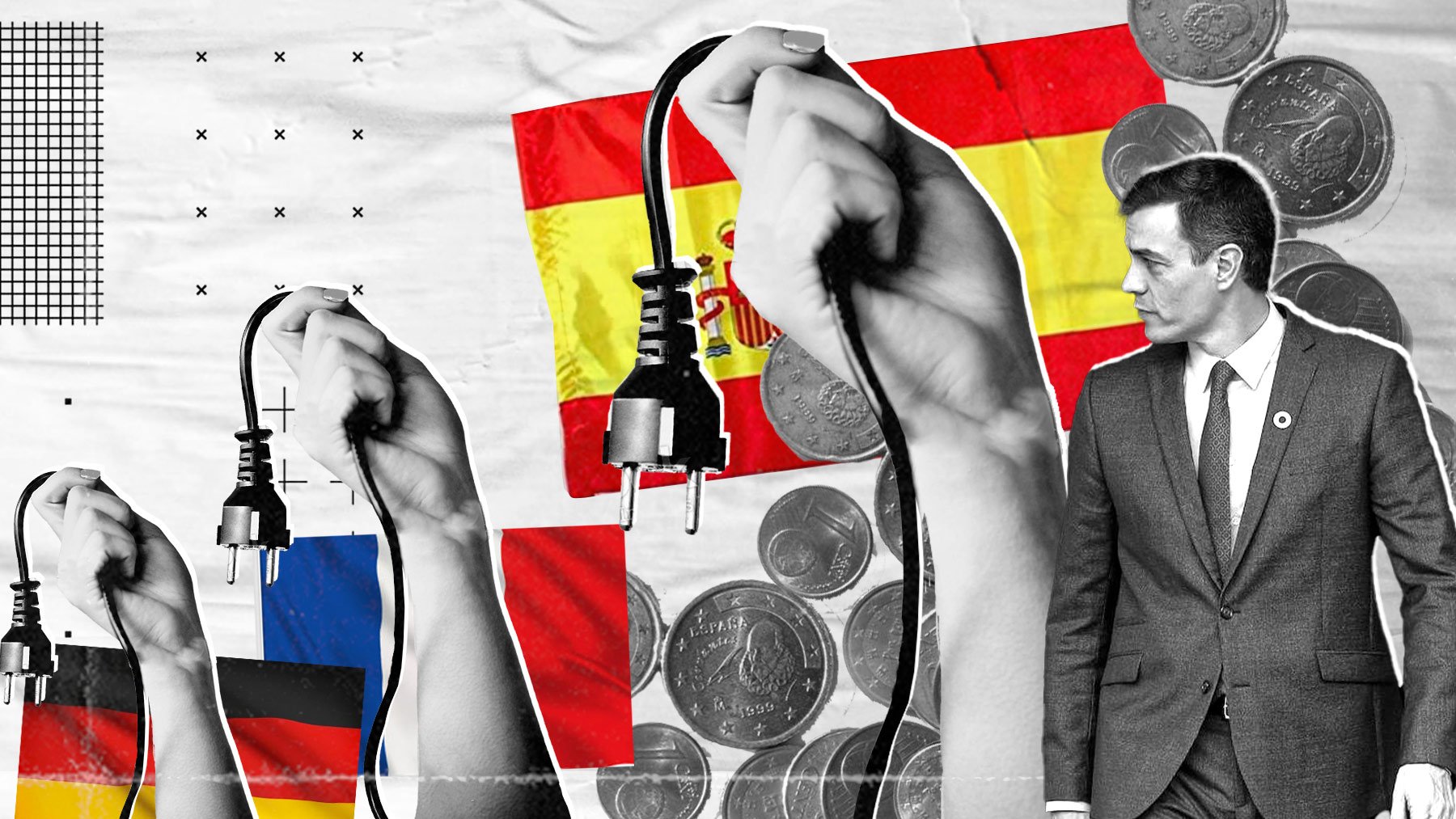 Another triumph for Sánchez: Spaniards pay for electricity 151% more expensive than France or Germany

The wholesale market price of electricity continues to run wild. The price of electricity will mark an average price of 201.4 euros per megawatt / hour (€ / MWh). This situation has already become a classic over the last three months, however, while other countries of the European Union (EU) have managed to contain these increases in electricity, the price in Spain will be this Wednesday until a 150% higher than in countries like France or Germany.

It must be taken into account that during the last weeks most of the EU countries had maintained a similar evolution above the barrier of € 200 / MWh. A pattern that will not be repeated this Wednesday. On this day the light in Germany will present a price of € 60.1 / MWh, Belgium of € 83.09 / MWh, Holland of € 93.03 / MWh and France of € 101.09 / MWh. Figures that contrast greatly, and that in the case of Germany, assume that the average wholesale price will be up to 235% more expensive.

According to data from the Iberian Electricity Market Operator (OMIE), the maximum price this Wednesday will be registered between 9:00 a.m. and 10:00 a.m., when it will be 261.53 euros / MWh, while the minimum will be of 144.98 euros / MWh between 4:00 p.m. and 6:00 p.m. Despite this new decline, the second in a row, electricity exceeds the barrier of 200 euros / MWh for the thirteenth time, all of them during this month of October.

Thus, in the first 20 days of October, the average price of electricity in the Spanish wholesale market was 205.70 euros / MWh, which would make it the most expensive month in history. In addition, the price of this Wednesday multiplies by more than five the value that the pool marked during the third Wednesday of October of last year 2020 (36.58 euros per megawatt / hour).

The prices registered in the wholesale market have a direct effect on the regulated tariff or PVPC, to which almost 11 million consumers in Spain, and serves as a reference for the other 17 million users who contract their supply on the free market. Behind the price increase are the high prices of gas in international markets and of carbon dioxide (CO2) emission rights, which during 2021 have been marking month by month all-time highs.

The unstoppable escalation in the price of electricity in Spain is having a devastating impact on the Spanish industrial sector. The multinational Acerinox you are already feeling the effects of this increase in electricity costs which, as OKDIARIO has learned, already represents an extra of up to eight million euros per month for what is one of the largest steel producers in the world.

For its part, the steel mill Sidenor recently announced that it will stop its factory in Basauri, in Vizcaya, intermittently until next Christmas due to the “exorbitant” price of electricity, which in the last year have increased by more than 300% going from 60 euros per MWh to 260 euros.

In the case of ArcelorMittal, the company announced last week its intention to make “short and selective stops” of production at certain times due to the high costs of electricity, which will only affect the Olaberría and Bergara plants in Guipúzcoa in Spain, which total 510 workers. Company sources have already confirmed that these stops are already taking place at those times when the impact of the cost of electricity is greater.