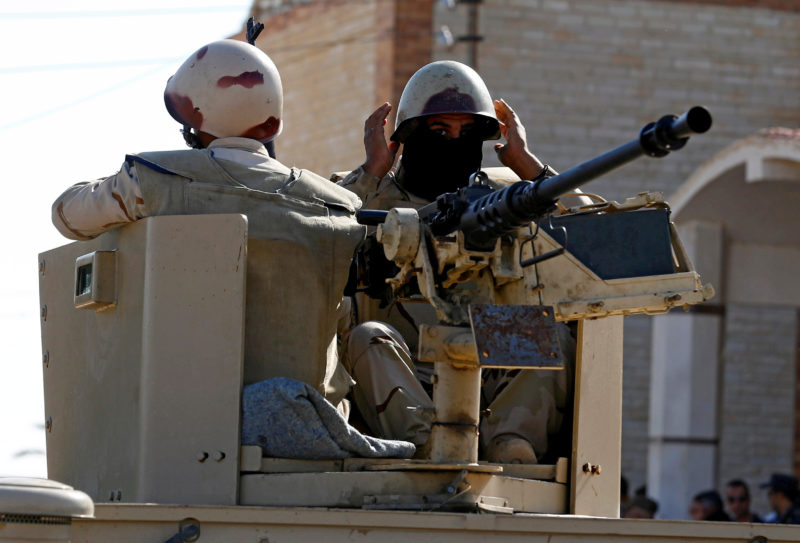 An Egyptian court confirmed on Thursday the death sentence of 22 alleged extremists for committing some fifty terrorist operations, including the murder of a high-ranking intelligence official, and for being part of the former extremist group Ansar Beit al-Maqdis. name of the affiliate of the Islamic State (ISIS, in its acronym in English) in Egypt, according to judicial sources informed the agency France Presse. The sentences have been handed down despite numerous recent appeals from human rights groups calling for the suspension and indefinite moratorium on the death penalty following the sharp increase in executions in the country over the past two years.

Those convicted have been found guilty of belonging to Ansar Beit al-Maqdis, which swore allegiance to ISIS in 2014 and was renamed the Sinai Province, the region where it is based. In total, they are attributed the responsibility of 54 terrorist operations, including an assassination attempt against the Egyptian Interior Minister between 2013 and 2015, Mohamed Ibrahim. The sentence cannot be appealed because it has been handed down by the Court of Cassation, the highest court of appeal in the country, which has also confirmed the prison sentence of another 118 people tried for the same case.

The 22 men convicted had acted, according to AFP, under the direction of Hisham al-Ashmawy, a former Egyptian special forces officer who became one of the group’s most important leaders until he disassociated himself after he swore allegiance to the ISIS. Al-Ashmawy was a key element in contributing to the organization with guerrilla tactics and the use of explosives used to carry out some of its most prominent attacks. Although Al-Ashmawy was tried along with the other 22 members of the group, he was previously convicted and executed in March 2020.

Although many of the death sentences are not carried out, several human rights groups in Egypt and abroad have documented a steep increase in executions in the country since 2020, when Amnesty International (AI) recorded at least 107 As of the beginning of this month, the organization had counted at least 83. Many of those sentenced were subjected to unfair trials, according to AI, and in some cases those sentenced were secretly executed without informing their families. In the case of the 22 convicted this Thursday, it is unknown how the process has developed.

Egypt has been facing the jihadist insurgency in the north of the Sinai Peninsula since 2013, especially after the overthrow of Islamist President Mohamed Morsi in the summer of that year. In an attempt to appease it, the Army announced in February 2018 a major campaign in the area, during which both parties have been accused of serious crimes by human rights groups. In recent months, security in the region has undergone significant change and the military has largely managed to regain control, analysts note, despite heavy restrictions on the civilian population.

At the beginning of November, AI warned that at least 36 people are in danger of being executed at any time after having been sentenced to capital punishment by exceptional courts in trials that it considered unfair. Of these, 16 were sentenced in July for perpetrating or assisting in an attack on a police bus in northwest Cairo in August 2015 in which three officers were killed. The other 22 had been convicted between 2019 and 2021 for cases of murder, bombings and belonging to terrorist groups.

Shortly before, in mid-June, the Egyptian Court of Cassation confirmed the death sentences of 12 other people, including for the first time senior officials of the Muslim Brotherhood, after holding a trial against more than 700 people for his participation in the protests in favor of the deposed President Morsi that took place in Cairo in July and August 2013.