Antoine Griezmann will be a Yu-Gi-Oh ambassador; new special letter on the way 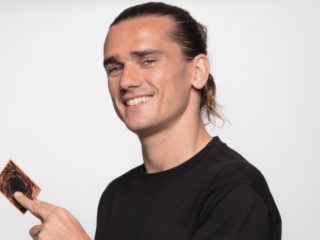 Antoine Griezmann launches into the world of cards. The FC Barcelona player will be the new official Yu-Gi-Oh ambassador, both in the Trading Card Game and in the rest of the brand’s products. Along with the news, Konami confirms that it will receive a special playable card inspired by the French; he himself will participate in its development.

“It is truly an honor to become a Yu-Gi-Oh! Trading Card Game, since I have liked this title since I was a child ”, explains Griezmann in a press release. “He has always shared core values that I have very present in my daily life: perseverance, courage and, above all, friendship ”.

On the other hand, the president of Konami Digital Entertainment, Naoki Morita, stated his enthusiasm for the deal: “Konami is proud to have a long-term deal with Yu-Gi-Oh and a person of great talent and passion, such as Antoine Griezmann. We are looking forward to taking the next step in our agreement. “

The footballer will participate in other advertising activities as an official ambassador. In fact, the card that he will star in will be available at some point later this year. It will also move to Yu-Gi-Oh! Duel Links, both in its version for mobile phones and for PC.

At what point is the brand? The physical game, the cards of a lifetime, are distributed in more than 80 countries and 9 languages. Obviously, it is not the only format in which it is available. The aforementioned Duel Links brings the action to your mobile devices and computer. On the other hand, Yu-Gi-Oh! Legacy of the Duelist: Link Evolution is available on consoles and PC “with the largest collection of cards in Yu-Gi-Oh.”