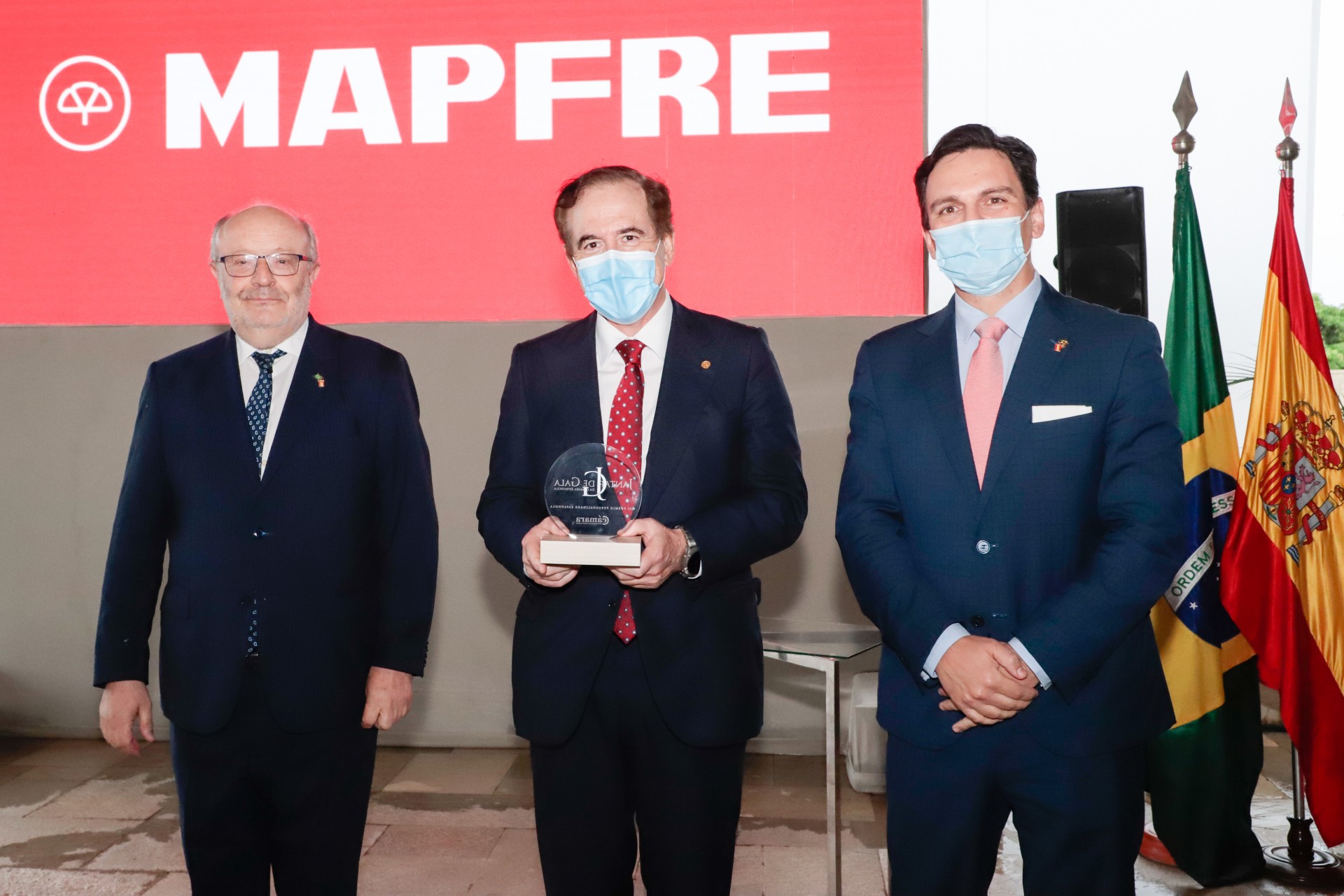 The president of MAPFRE, Antonio Huertas, yesterday received the VI Brazil-Spain Personality Award in Brasilia and, in his speech of thanks, he wanted to underline MAPFRE’s confidence in the country. “Our vision is positive and optimistic. Despite the challenging scenario, Brazil and all of Latin America make up a region with enormous potential for insurance growth ”, he stressed, and recalled that“ the resilience of the company has allowed it to continue to be the second largest MAPFRE operation in the world ”.

In Brazil the company operates in insurance, investments, consortia, capitalization, pensions, and assistance to homes and vehicles. MAPFRE has signed international commitments such as the Principles of Sustainability in Insurance (PSI) and is part of the Global Compact of the United Nations (UN). Furthermore, Fundación MAPFRE, a non-profit institution, promotes social welfare actions in the country.

Commitment against the impact of the pandemic

With a presence in Brazil since 1992, the group’s commitment has been especially significant since the beginning of the pandemic, where through Fundación MAPFRE it has approved more than 6.2 million euros to support initiatives for the prevention and treatment of Covid-19, in addition to projects to combat hunger and malnutrition, digital inclusion and entrepreneurship.

As an example of this responsibility, Antonio Huertas cited in his speech the alliance with the Central Unica de Favelas (CUFA), to which they have donated more than 4,500 food baskets for vulnerable communities in the Federal District (DF).

The Chairman of MAPFRE also announced MAPFRE’s sponsorship of the Recognition Award for Rural Women, on the eve of its launch. This recognition will reward, on March 8, 2022, initiatives that promote the economic autonomy of rural women through actions to strengthen local food systems and that contribute to the generation of income, take care of the preservation of biodiversity and promote rural development sustainable.

It is an initiative of the Office of Agriculture of the Embassy of Spain developed in collaboration with the Food and Agriculture Organization of the United Nations (FAO), the Inter-American Institute for Cooperation on Agriculture (IICA) and UN-Women.