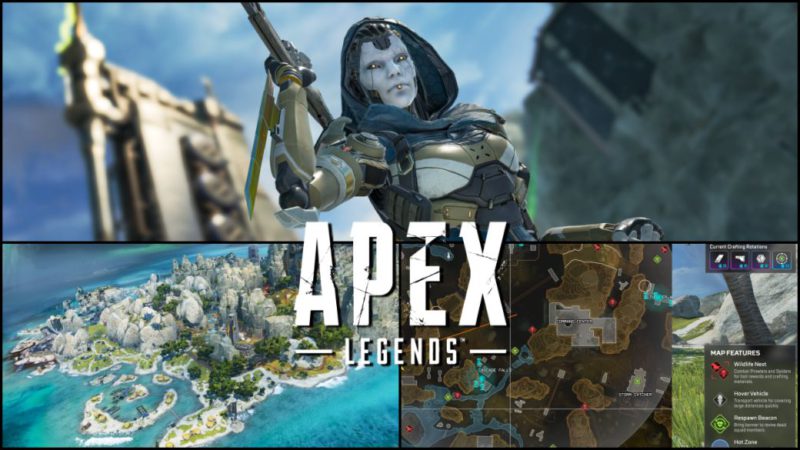 Apex Legends closes in on your Season 11. The hit free multiplayer title (free-to-play) from Respawn Entertainment will welcome the Season 11, Evasion, which is actually one of the biggest expansions remembered in the Electronic Arts title. It is not just a patch, but it brings us a new Legend with its own abilities, a new map (Storm Point) and much more. We tell you when it opens, the scheduled time for the update and its presentation trailer.

Apex Legends: Evasion (Season 11) update will take place this Tuesday, November 2 from 7:00 p.m. (CET, Spanish peninsular time). It will be then when the transition ends and the new stage of the video game begins, which has as one of its main attractions the arrival of the Storm Point map, the fourth location of the title in its history.

This will be Storm Point, the fourth map of Apex Legends

Storm Point is a map 15% larger than End of the World – the largest to date. As Respawn Entertainment explains, it includes a wide variety of locations, from tropical islands to giant mountains to give the gameplay more verticality. In this scenario we will find dangerous creatures such as stalkers, spiders, the so-called Flyers and wild nests marked in red on the map.

Of all the points of interest in Punto Tormenta, the Barometer stands out, the heart of the stage: a rotating platform with many loot boxes guarded by a research tower. Likewise, the Command Center, the Antenna, the Lightning Rod and the Control Point, suspended over a lush forest. There are a total of 17 named locations on the map, plus a multitude of campsites.

“Storm Point is the sum of two years of design work and an exhausting study of how Apex Legends is played in public games,” explains Rodney Reece, designer of End of the World and now also of Storm Point at Respawn Entertainment. “There are hundreds of small decisions built into the map to address third-party attacks, optimize loot flow, and enhance combat for a better experience.”

What time is the Apex Legends Season 11 update in Spain and Latin America?