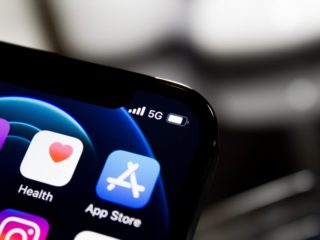 Apple has partly relaxed and partly tightened its app store conditions. This emerges from a catalog of changes that the official App Store Review Guidelines received to match the new operating system versions that will appear in the fall.

The revised guidelines encompass more than a dozen areas. They also introduce a simplified process that developers can use to complain to Apple if they feel they have been treated incorrectly. If you contact Apple In the usual way, as a developer, you can now specifically indicate that you have received an incorrect decision. This applies, for example, to apps that have been rejected due to bias of a political nature.

You can contact the so-called App Review Board directly, which deals with problem cases. In addition, it is now easier to report problematic apps from other developers if they represent a “Trust or Safety Issue”, ie should be blocked for security reasons or because of fraudulent intent.

The changed rules concern, among other things, so-called hookup apps that could make prostitution easier. Apple wants to reject this in the future; also because they could contain pornography. Extended rules clarify that the manipulation of app store functions such as reviews or download charts are fundamentally prohibited within the scope of the “Code of Conduct” and that apps that receive many user complaints can fall out of it.

Apple no longer wants to slow down bug fixes that serve security, even if an app breaks the app store rules. Applications that are used to report criminal activities must always include local police authorities and may only be offered in the respective countries in which they can be used – not worldwide. There were also adjustments to legal cannabis apps, drinking games and the sale of digital vouchers – Apple wants to see commission from the latter and they always have to be sold via the in-app mechanism.