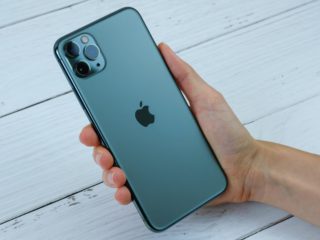 Apple sells a lot of iPhones – almost 220 million units are said to have been sold in the 2018 fiscal year. These quantities also ensure that Apple needs an enormous number of components. This can be seen in a central element for camera modules, such as the electronics trade sheet DigiTimesappearing in Taiwan reports.

Accordingly, Apple will purchase larger quantities of the “iPhone 13”, which should appear in the fall of 2021, from so-called voice coil motors (VCMs), which the group obtains from several manufacturers in the region, than all Android manufacturers put together . According to Apple’s order, the suppliers are to increase their capacity by 30 to 40 percent in order to meet the group’s demand.

The VCMs are used for the focus function of the built-in camera lenses – the number of which Apple is constantly increasing. The “iPhone 13 Pro” is currently expected to have an improved ultra-wide-angle camera, but it could also be included in the regular models. She may get more lenses. There are also rumors of improved image capture using sensor shift stabilization, which allows better images with less lighting. Apple wants to implement “Portrait Mode” recordings for videos, among other things, it is said.

In addition to the fact that Apple expects good sales for the “iPhone 13”, the overtaking of the Android market in VCM purchases is also due to the fact that the major competitor Huawei continues to suffer from sanctions from the United States of America; he therefore sells smaller quantities.

Apple is also hoping for more switchers from the Android camp for the “iPhone 13”. With iOS 15, the group will also present an improved version of its “Move to iPhone” app, which can be used to transfer data from Android devices to a freshly purchased iPhone. Photo albums, files, folders and accessibility settings can be transferred directly, and there is also a QR code on the iPhone for faster download of the app. The option appears directly when setting up a new iOS 15 device.