Apple wants to “mess away” rights problems with DJ mixes 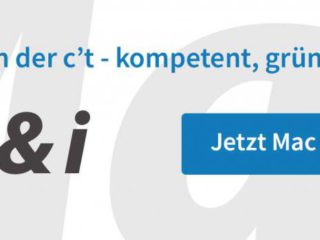 Apple wants to fix a tricky problem with the billing of rights for music with the help of machine learning in the future. The company plans to use technology from its subsidiary Shazam to record which songs are actually in the mix when playing DJ mixes on Apple Music. This is not always easy – especially with live meetings and the lack of cooperation from the respective disc jockey.

Shazam has arguably the most advanced music recognition technology in the industry alongside competitor Soundhound. Apple took over the company in 2018 for $ 400 million. In addition to the Shazam app, there are also APIs that other developers can integrate into their programs. According to its own statements, Apple is now in the process of setting up a process with which it is possible to correctly identify and reward all creative people involved in a DJ mix.

They are working with the big and independent music companies to develop a “fair way of dividing royalties fairly between DJs, labels and artists.” This should make it possible for those involved to preserve “the financial long-term value” of such creations.

DJ kicks are finally coming back

Apple Music is said to contain thousands of mixes today. In the future it should become even morereports the IT blog TechCrunch. One of the innovations is that the renowned label K7! will discontinue its traditional DJ kicks archives on Apple Music – after they were no longer available for over 15 years.

Apple has not yet published precise details on the billing model. One DJ commented that the approach was “a step in the right direction of treating everyone fairly”. She was “more than pleased” to be able to publish mixes online again, said Charlotte de Witte. The DJ scene is still suffering enormously from the effects of the Corona crisis and the closings of clubs and discos.