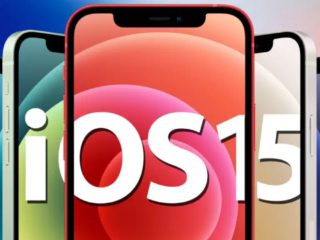 Today, the problem with mobiles is that, once they are already ‘out of date’ to continue receiving new versions of their operating systems, they are left without the necessary monthly security patches. Therefore, and although you can continue using the smartphone without problems even if you don’t have them, you, your data and everything you save in the terminal are more exposed than before to possible hacks, malware, etc.

But sometimes it is simply that the user himself / herself does not want to update, he / she wants to keep the version of OS that he / she has. And if your mobile is an iPhone, Apple will allow you the same.

Apple will not force update to iOS 15

Apple will allow iOS 14 users who do not update their devices to iOS 15 during the next fall to continue receiving security patches, a decision that will authorize for the first time that the users of the firm are not forced to update to a latest version for keep your equipment protected.

Until now, the company forced to update to the latest version of its operating system aimed at iPhone and iPod touch so that we could continue to adopt bug fixes and patches to fix security issues, which meant users had to update their devices if they didn’t want to put them at risk.

iPhone protected, but not entirely

Now, iOS will offer the user the ability to choose between both operating system updates in the Settings app, as stated on the official Apple website. Thus, if the user decides to stay on iOS 14, they will receive the most important security updates, while if they update to iOS 15, they will be able, in addition to making use of the new features, to adopt the full set of security updates.

Therefore, your iPhone with iOS 14 will be protected, but not as much as it could be with iOS 15. Rather basic and not complete protection.iOS 15 will have several testing phases in these months, but it will officially arrive next fall for these iPhone models: