Apple’s commission bypassed in Fortnite: Epic has to pay a fine of 6 million dollars 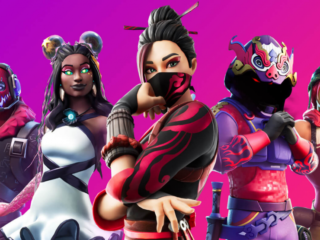 After the defeat in the legal battle against Apple, the game manufacturer Epic Games paid millions in damages. As ordered by the court, Apple paid 6 million US dollars, Epic boss Tim Sweeney said on Twitter.

The payment is supposed to cover the commission that Apple has missed because Epic integrated a direct payment option into Fortnite. In addition, the game developer offered its in-game currency “V-Bucks” cheaper than Apple’s in-app payment interface (IAP), which is prescribed for the sale of digital content. Apple can automatically withhold a commission of up to 30 percent via IAP.

No more updates for Fortnite on Apple hardware

Epic integrated the direct payment option into the mobile version of Fortnite last summer as a deliberate rule break. Apple and Google then threw the app out of their app stores. Because Epic did not want to take back the rule break, Apple also terminated the game company’s developer account.

Users who had already installed Fortnite could continue to play the game on iPhone and iPad and also make purchases in them – for this period, Epic has to pay the commission for sales via its own payment interface, as the competent court decided at the end of last week. However, due to the exclusion from Apple’s developer program, Epic can no longer provide updates for Fortnite with new content, not even on the Mac.

The judge Yvonne Gonzalez Rogers ruled that the integration of a separate payment interface in Fortnite is a breach of the developer contract with Apple – and that Apple is entitled to demand a commission (Epic vs. Apple, file number 4: 20-cv-05640 , United States District Court, Northern District of California). The company itself argued that it had a “right of ownership” to all in-app purchases by iOS users.

At the same time, the judge let it through in the grounds of the judgment that she had seen no direct justification for the commission rate of up to 30 percent estimated by Apple in the course of the proceedings.

Epic has already appealed the verdict. Apple has not yet announced any further concrete steps. According to an order issued by the court, the group must in future allow developers to refer to external payment options with “buttons, external links or other calls to action”. The integration of your own payment interface directly into iPhone apps – as Epic had tried – seems to be prohibited.