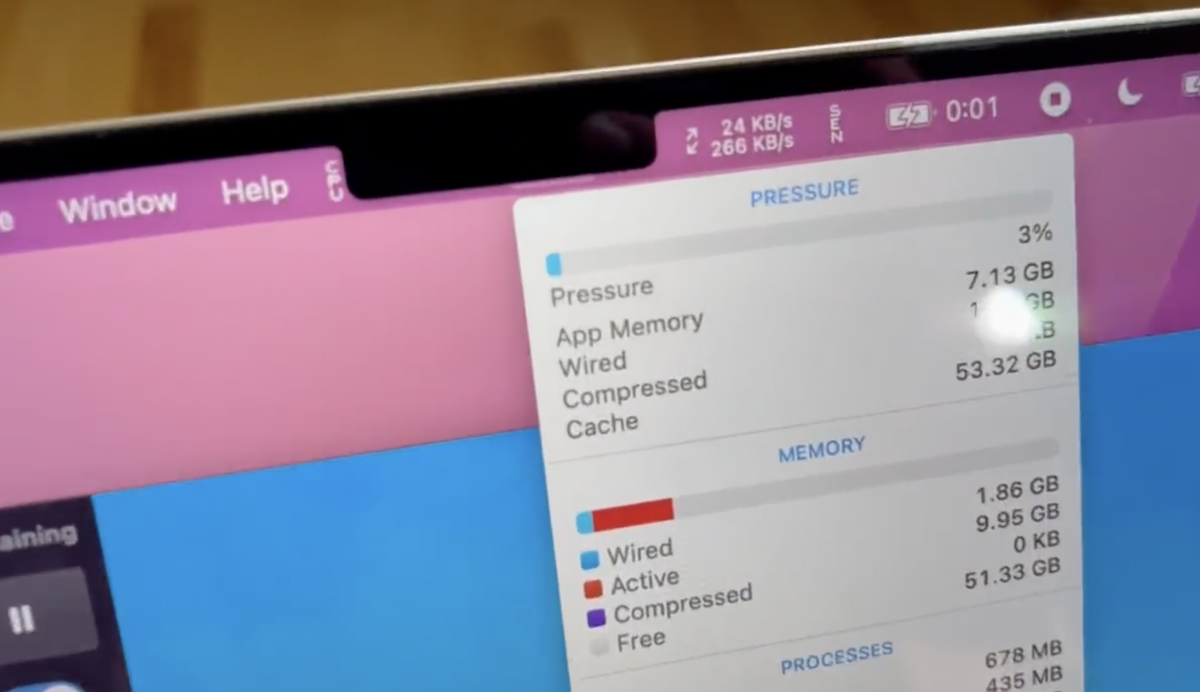 Apple has not yet completely designed its operating system for the “notch” of the new MacBook Pros. The noticeable notch in the upper area of ​​the display, behind which there is space for camera sensors etc., causes errors in the menu bar of macOS 12 Monterey: If there are a particularly large number of large status icons in the menu bar – for example, through long-serving tools such as iStat Menus – can these unintentionally get under the notch and are no longer properly visible, as videos show.

For developers of status menus, there is apparently no way to influence the behavior so far. The operating system would have to intervene here, as is already the case with app menus: These automatically evade the notch on the Macbook Pro screen and thus remain visible at all times. If programs have an unusually large number of menus, the menu entries that no longer match on the left are relocated to the right of the notch. The mouse pointer can then suddenly no longer be moved under the notch as intended. Apple should remove the bugs and inconsistencies with an update.

The manufacturer has rejected early criticism of the notch: It was a “really clever way” to create more space for content, according to Apple. The menu bar, including the notch, is practically above the previous 16:10 screen of the 16 “model. The new MacBook Pros have been given a higher screen for this purpose, which offers the additional space.

Apple already recommends developers to keep the names of their app menus as short as possible and, where appropriate, to summarize them in order to take up as little menu bar space as possible. Most of the app menus should have enough space to the left of the notch. Status menus are subordinate to the app menus in macOS: If there is not enough space in the menu bar, the status icons are displaced by the app menus, then the app menu names are automatically shortened by the operating system – all of this is also possible without the new one Notch the case.

Developers can customize their apps for the notch to use the additional space in the full screen – or choose a compatibility mode that automatically displays a black bar and excludes the area of ​​the notch so as not to cover any controls.