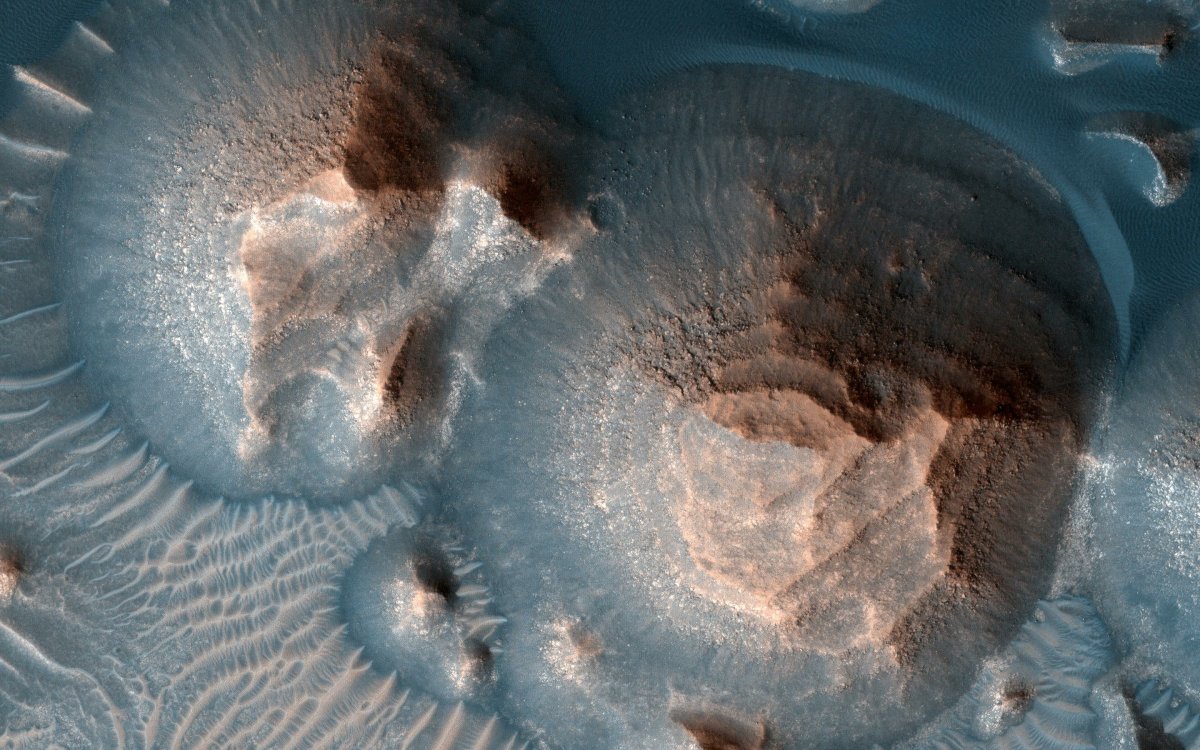 A highland region in the northern hemisphere of Mars was shaken four billion years ago over a period of 500 million years by more than 1000 explosions of so-called super volcanoes. The research team has now found a number of signs of this. Every single one of these strongest known volcanic explosions is likely to have had a significant impact on the climate at that time, explain the researchers. With models one now has to find out the exact consequences, but other important questions now also awaited an answer.

According to the analysis, the outbreaks took place in what we now know as Arabia Terra. It is littered with craters and it has long been assumed that it is the remains of asteroid impacts. As early as 2013, however, it was discovered that they were probably so-called calderas, remnants of super volcanoes. At the time, however, it was unclear what the dimensions were. So-called super volcanoes are the largest known volcanoes. They eject more than 1,000 cubic kilometers of material per eruption and do not form a typical volcanic cone. The team has now looked for the remains of these eruptions on images from NASA’s Mars Reconnaissance Orbiter and has found them.

Like the team led by geologist Patrick Whelley from NASA’s Goddard Space Flight Center now explained, the ash layers found would look exactly as they would if they were fresh. Together with the researchers who recognized eight years ago that the craters were former volcanoes, they would then have calculated how many eruptions were necessary for the ash found. Over a period of 500 million years between 1000 and 2000 such explosions occurred, they write in the journal Geophysical Research Letters. The last comparable volcanic eruption on earth was more than 70,000 years ago and could have had an immense impact on human development.

While such super volcanoes – in which magma accumulates in a particularly large chamber under the rock and ultimately blows it away with gigantic force – are well distributed on Earth, they are concentrated on Mars in the aforementioned region. Why this is so must now be clarified, writes the team. It is possible that this type of volcano on earth was once restricted to one region and that it was only due to continental drift that they were so far apart. Whelley also hopes to find answers to the question of how a comparatively small planet like Mars was able to experience so many supervolcano eruptions in a single region.