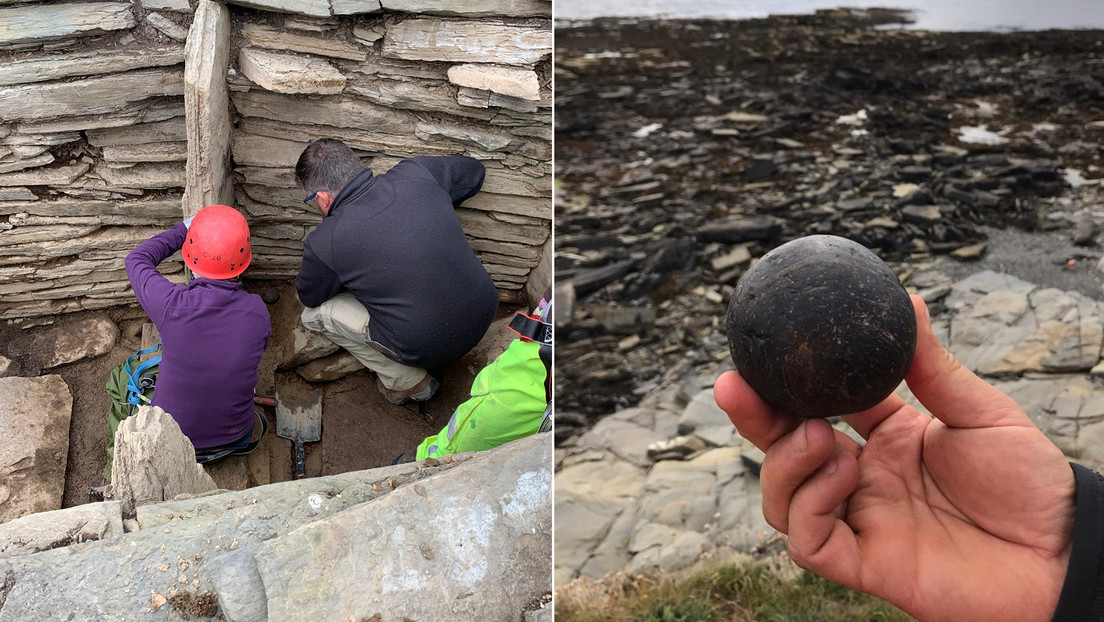 When studying a Neolithic pyramidal tomb in the Orkney Islands, an archipelago located in the north of Scotland, a group of archaeologists discovered two perfectly carved and well-preserved stone spheres.

Experts consider that these balls, completely round, played a certain role in burials, but they have not yet been able to clarify their real meaning, according to The Scotsman.

The discovery came during the investigation of a burial monument previously found on the Tresness Peninsula on Sanday Island. It is believed to be one of the first to have been built in Scotland, dating back to 3,500 BC.

A cracking find from the tomb! Only 20 or so Neolithic polished stone balls have been found in Orkney and few have been recovered from secure contexts https://t.co/VzIe9OHRqI

The tomb itself is also made of stones and is pyramidal in shape. The problem is that the rock it sits on is rapidly crumbling, so archaeologists are in a rush to carefully document both the monument and the objects found in it, before it collapses.

The polished stone balls are the size of cricket balls and are finely carved and finished. One of them is in excellent condition, perfectly spherical and shiny. The other shows a crack along a band, but experts say it will be repaired.

These objects are exclusive to Scotland and, although various theories about their original purpose are considered, it is thought that in the Neolithic they were used as a weapon, and perhaps “they were thrown at people’s heads,” the article suggests.

Only 20 of these balls have been found in Orkney, out of a total of about 500 discovered in Scotland, but very few of them have been excavated with archaeological techniques at burial sites.