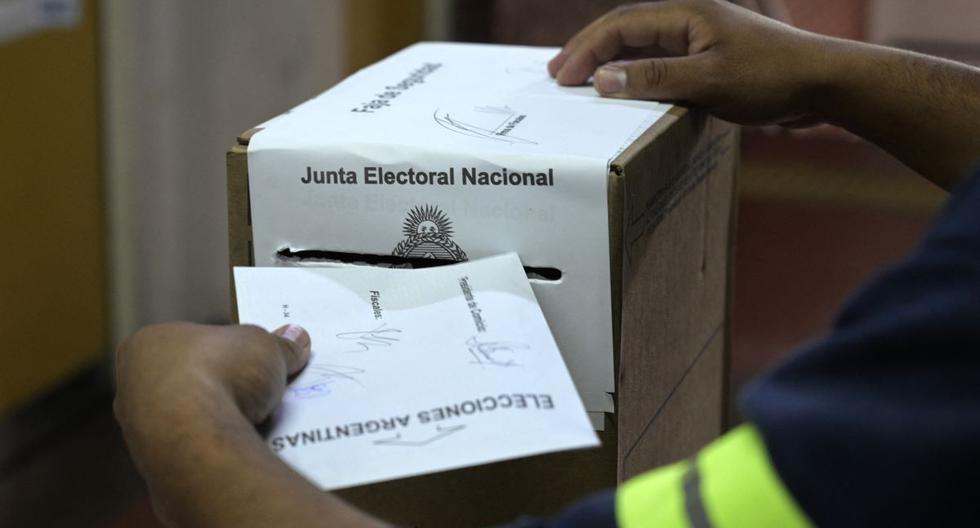 Argentina elections 2021: what time do the results of the PASO come out

How to know who won in the PASO? The results of the Simultaneous and Mandatory Open Primary elections, which took place on September 12 in Argentina, will have delays in the vote count, due to the context of the coronavirus pandemic. Here we tell you what time the results will be announced and how you can follow the progress of the scrutiny of the National Electoral Chamber.

A total of 34,330,557 citizens, from the age of 16, are entitled to vote in elections, in accordance with the electoral roll of the National Electoral Chamber (CNE). Voters were distributed in 17,567 polling places, which is 3,068 more, compared to 2019, with the aim of avoiding crowds and COVID-19 infections.

The National Electoral Chamber announced that the results will be announced this Sunday, September 12, at 11 pm (Argentine local time), two hours later than usual, due to health protocols. The provisional results will be given when there is a significant and equitable burden of the count that allows the dissemination of the results with trends that can remain relatively stable.

“It is likely that, due to the dynamics in voting at the polls and the number of inmates, the closing of the elections will be delayed after 6:00 p.m. and there will be official results from 23:00. come to count up to that point. Before 23 there would be no official information. Since then, there will be a representative percentage of each district “, explained the head of the National Electoral Directorate (DINE), Diana Quiodo.

You can follow the official results via the web or through a new APP launched by the National Government. This year it will be possible to see all the data of the provisional count, by province and by electoral category. For the first time, in addition, it will be possible to access the results by table and see the more than 100,000 telegrams that will be counted on the night of the election.

The results of the STEP will be published via the web through the site www.resultados.gob.ar O CLICK HERE and the application Elecciones Argentina 2021. The page is available to download 48 hours before the start of the elections.

The National Government launched the application for mobile devices called “Elecciones Argentina 2021”, through which it is possible to follow the vote count of the Primary, Open, Simultaneous and Mandatory elections (STEP), at the close of the elections, in any of the 24 districts of the country and as fast as federal. It is available on the App Store and Google Play.

The Primaries, Open, Simultaneous and Compulsory (PASO) are national elections that take place two and a half months before each general or legislative election. These are open elections because any citizen can vote for the electoral front or political party they want, without having to be an affiliate. They are held simultaneously on the same Sunday throughout the country and are mandatory. In order to compete in the general elections, the lists of candidates must reach or exceed 1.5% of the votes valid district issued for the category in dispute.

In these elections, the candidacies and political groups that will stand for general elections will be defined, through which half of the Chamber of Deputies and a third of the Senate of the Nation will be renewed (127 deputies throughout the country and 24 senators in 8 provinces). In addition, the members of some provincial legislatures will be elected and municipal authorities will vote.

The people who must vote, in a mandatory way, are all native Argentines and by option who are 18 years old or over and under 70 years old as of October 27, who are registered in the electoral roll. On the other hand, those who are 16 and 17 years old, or 15 years old but turn 16 until November 14, have an optional right to vote.

The voting hours in the polling stations this September 12 (the day of the elections PASO), as well as for November 14 (general elections) will be from 8 in the morning until 6 in the afternoon. For vulnerable people, the CNE established a recommended schedule for vulnerable or at-risk people, which will be between 10:30 AM and 12:30 PM. Go complying with health protocols.