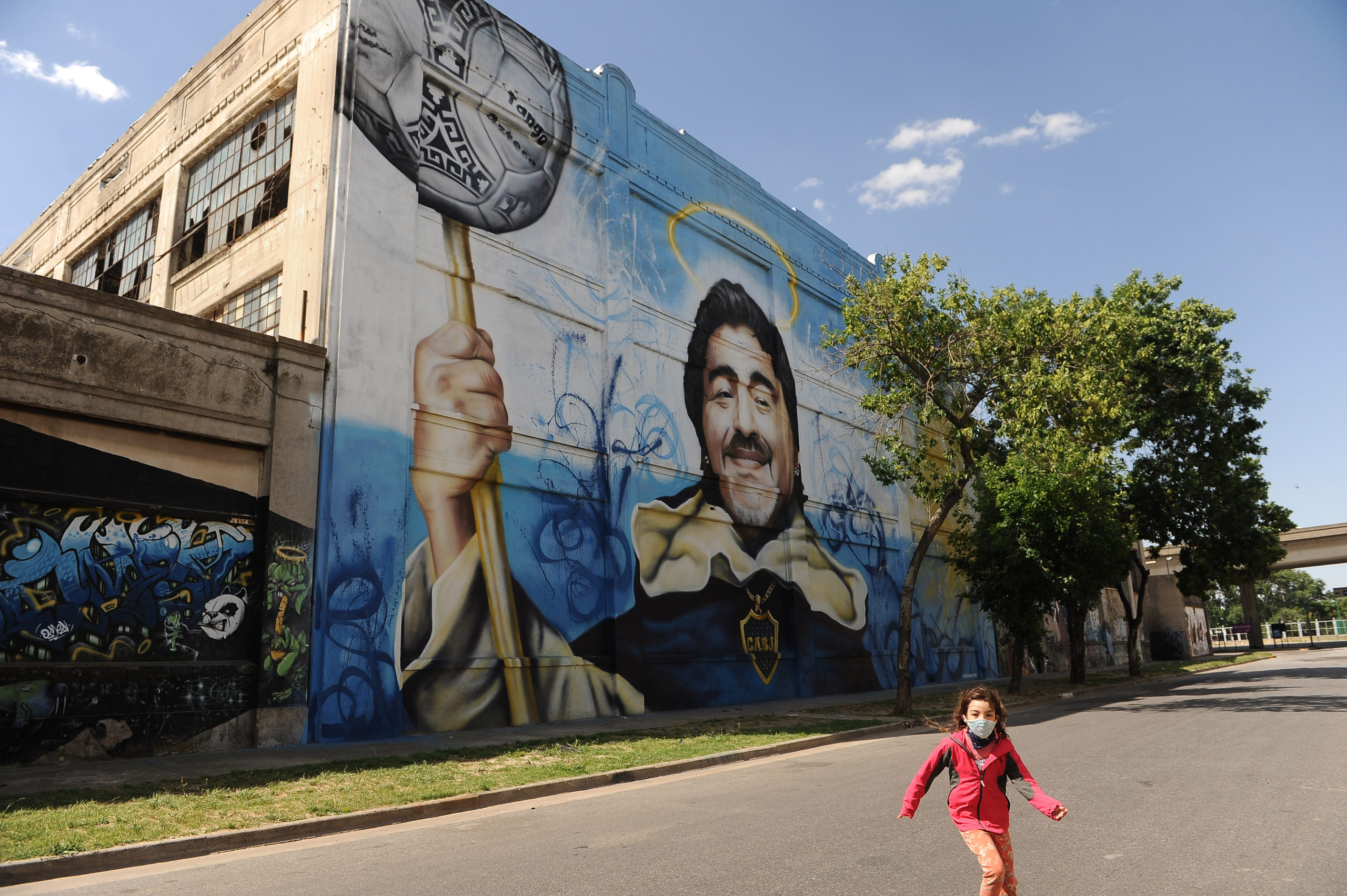 Argentina paints itself with Maradona murals as altars | International

Argentina is painted by Maradona. Murals of the soccer idol proliferate throughout the country: there are them of all sizes, qualities and moments in the life of the former footballer, whether he is world champion in Mexico 1986, dressed as Boca, in his cycle as technical director or with the olive green beret by Fidel Castro. In addition, thousands of house facades, building exteriors or simple blank walls became street sanctuaries.

The phenomenon had started before November 25, 2020 but spiked after his death. The two main focuses of murals in Buenos Aires are La Paternal and La Boca, the neighborhoods of the clubs that marked his career in the country —Argentinos Juniors and Boca—, but the illustrations are replicated throughout the rest of the national territory, in the main avenues and in the less traveled streets.

An amateur photographer, Jorge Boido, created an Instagram account, @ boidofotos.ph, which collects part of these cultural, artistic, social and even political manifestations, far beyond sports. “I am a bank retiree and, since I left my house after the pandemic, on December 25, I began to portray the murals, that need for people to communicate,” says Boido, 67, who has already photographed more than 800 walls illustrated by Maradona.

Just as Maradona was the possible triumph of all the Villa Fioritos of Argentina —and not only of Argentina—, Boido emphasizes the geographical distribution of these artistic expressions. “The murals have phenomenal class content. In some areas of Buenos Aires, such as Recoleta and Belgrano (the wealthiest), you will not find any, but in the popular places of the capital and the suburbs it is full, especially within the neighborhoods, for example in the corridors of 1.11. 14 ″ says Boido, referring to one of the capital’s emergency zones.

Precisely, on the walls of the village 1.11.14, Maradona appears eluding the English footballers in the play prior to his second goal, for the quarterfinals of the Mexico 86 World Cup. The work was illustrated by the muralist Demian Medina. “People from the neighborhood, from the social organization ‘La Maradona’, summoned me a few days before his death. I don’t watch soccer, I studied at the School of Fine Arts, but Diego is a political figure in the popular field. When I finished my mural, a few meters away, also at 1.11.14, another colleague was already starting another one by Maradona, also with the same goal ”, says Medina.

The writer and journalist Gabriela Saidón defines the phenomenon as new altars. “The Maradonian murals are the way that street artists found to honor Diego. They began to sanctify him while he was alive, especially in Naples, and they proliferated after his death. Now Buenos Aires is full of Maradonian murals, paintings or billboards ”, says the author of SuperGod, the construction of Mardona as a lay saint, recently published book. “These representations replace street altars, which tend to be ephemeral and eventually fall apart, like candles. But muralism has that same imprint, it fulfills a liturgical function, of permanent presence, of an eternal thing ”; adds Saidón, a specialist in Argentine popular saints, with other books such as Road saints.

Villa Fiorito, the suburb where Maradona was born, also has several murals. One, in front of the railway station, announces “The city of D10s”, while another, in front of the Estrellas Unidas sports field (the new name of Estrella Roja, Maradona’s first team), repeats that formula: “El paddock of D10s ”. “It was painted in February, some boys who are dedicated to muralism contacted us and we gave them authorization,” explains Claudio Tati Vilarruel, Stars’ secretary general.

According to Boido, Maradona’s murals will continue to grow in the coming years. “One could think that it was a fashion but, far from being it, there is more and more. You go to Fiorito, Caraza or Budge (other poor neighborhoods, adjacent to Maradona’s birthplace) and you find them everywhere, even if they are more precarious and artisanal. They are organized by the kids of the neighborhood: they make raffles, collect a few pesos and build an altar. Sometimes you say ‘these people don’t have food for the night’, but you see how they organize and make the mural “, says, admired, the amateur photographer, witness and portraitist of an Argentina painted by Maradona, the immortal who died a year ago.