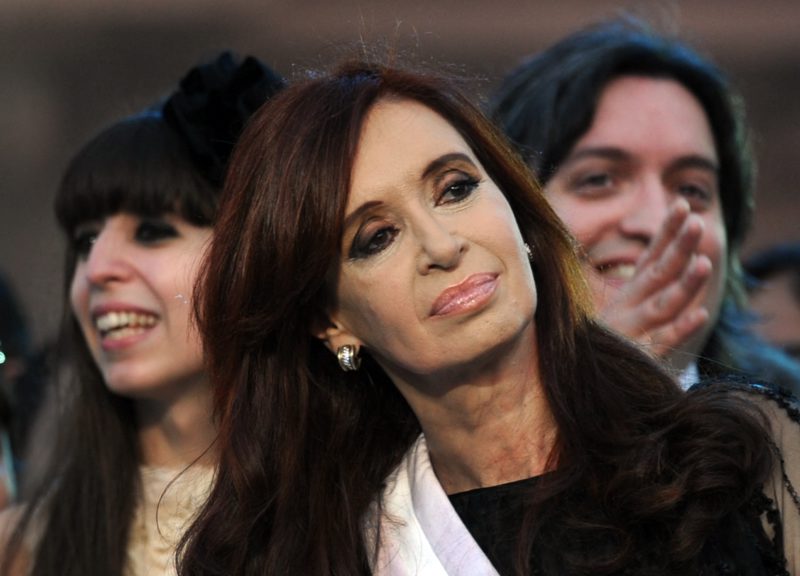 Argentina’s former head of state and current vice president, Cristina Fernández de Kirchner, has won a key court battle. A federal court in Buenos Aires on Friday filed one of the most relevant cases against him for corruption, known as Hotesur and Los Sauces. Neither will his children, Máximo and Florencia Kirchner, go to trial. The controversial court decision has been harshly criticized by the opposition.

The Hotesur case dated back to 2014. Justice was investigating the management company of the Alto Calafate hotel, one of the three owned by the Kirchners in the Patagonian province of Santa Cruz, on suspicion that businessmen related to Kirchnerism hired rooms in the Kirchner hotels as a covert way of laundering alleged bribes. The former president and her children were charged with alleged money laundering and illicit association.

The following year a new investigation was added to this cause around the family real estate Los Sauces. The Justice accused Fernández de Kirchner of leading an illicit association that laundered money from public works through operations in that company. The main clients of Los Sauces were the businessmen Lázaro Báez and Cristóbal López, who made millionaire contributions in rents.

In the dismissal ruling issued this afternoon by the Federal Oral Court 5 it is argued that the facts on which the accusation of illicit association is based have already been tried in the province of Santa Cruz. Another of the arguments given by the judges is that there was no money laundering because, when the events were carried out, there was a different law than the current one, which favors the accused.

It was a divided vote. Judges Adrián Grünberg and Daniel Obligado voted in favor, while Adriana Palliotti opposed. Argentine society, very polarized, has also received the file of the case in an antagonistic way. “When there is no Judicial Table with officials squeezing judges, the facts and evidence weigh more than the covers of Clarín or La Nación … and the armed cases fall to pieces!”, The Argentine Minister of Justice has celebrated, Martín Soria, on Twitter. “There is fraud in the conduct of the judges and we will go for their impeachment when the time comes. You have to be patient, Cristina Kirchner and her partners are going to pay for these crimes ”, wrote in the same social network Elisa Carrió, one of the referents of the Argentine opposition.

Since her return to power in 2019, this time as vice president, Fernández de Kirchner had already been dismissed in two other cases. The first was the future dollar. Last January, the judges understood that the investigation should be closed after analysts from the Supreme Court declared that there had been no harm to the State. In the ruling they also stressed that economic policy measures cannot be brought to trial.

In October, the former president was dismissed in the case due to the Iran Memorandum, which had been opened with the complaint filed by the prosecutor Alberto Nisman days before he was found shot dead in his apartment. The Federal Oral Court 8 understood that the memorandum signed between Argentina and Iran in 2013 “did not constitute a crime.”

This Friday’s ruling is not final. The decision can be appealed by the prosecution for review by the Federal Chamber of Cassation and later by the Supreme Court of Justice of the Nation.