Armenians, a thousand-year-old community in the Holy Land increasingly reduced 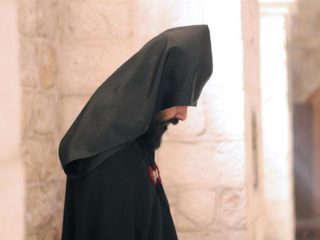 Jerusalem, Sep 13 (EFE) .- The centennial stones of the Armenian quarter, in the Old City of Jerusalem, bear witness to a community with one of the oldest Christian traditions and a firm presence in the Holy Land for more than 1,600 years , despite losing weight in a region where it is increasingly a minority.

The Armenians – the first people to adopt Christianity in 301 AD – have persisted with their own profile in a complex place that has seen conquerors and regimes of all kinds pass by, to which they always adapted to preserve their existence and traditions, even among the ups and downs of the current Israeli-Palestinian conflict.

“Byzantines, Arabs, Crusaders, Mamluks, Ottomans”, the British Mandate, Jordan or the current Israel are some of the powers under which the Armenians have lived, who learned “to navigate” between changing and uncertain landscapes, emphasizes George Hintlian, historian and former secretary of the Armenian Patriarchate of Jerusalem.

“This is a difficult place, we have to maintain a certain political balance without being hostile, but not vulnerable either. We became very tough to defend our rights,” adds Hintlian as he walks through the courtyard of the Armenian monastery, the historical nucleus of the community, among the walls of the Old City of Jerusalem.

THE CONVENT, AN ARMENIAN BASTION

This medieval enclosure, the main area of ​​the Armenian quarter -which makes up one sixth of the Old City-, is the cultural and religious bastion of this town. It is also one of the “oldest preserved convents in the Holy Land,” explains Hintlian.

In the convent – where a calm reigns that dilutes the hustle and bustle of the surrounding streets – there are about 500 people, both religious and lay people. They are joined by about a thousand more Armenians in the surrounding streets, but whose life revolves around the monastery, the community’s “civil center”, with schools and a religious seminary.

All this is owned by the Armenian Orthodox Church, which has its headquarters there and is in turn guardian, together with Greek Orthodox and Franciscan monks, of the Holy Sepulcher of Jerusalem or the Basilica of the Nativity of Bethlehem, the holiest places in Christianity. .

In both sanctuaries the psalms in Armenian of their religious are heard every day, dressed in black robes crowned by a pointed hood, one of their traditional habits.