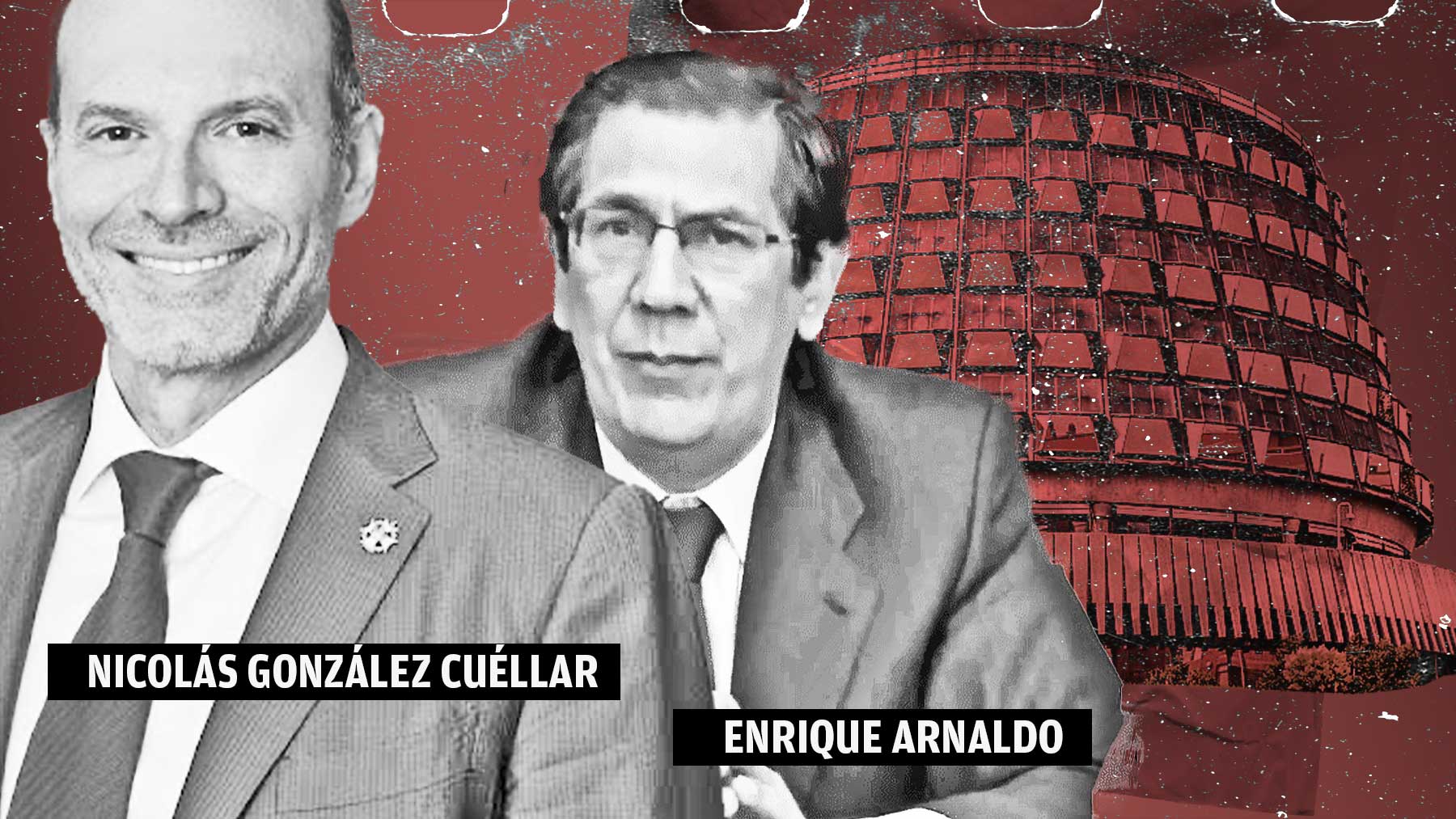 Enrique Arnaldo Alcubilla and Nicolás González Cuéllar They will be the new magistrates of the Constitutional Court who will occupy two of the four free vacancies in the court of guarantees, as OKDIARIO has learned. The Government and the PP have reached an agreement to renew the Constitutional Court, the Court of Accounts, the Ombudsman and the Data Protection Agency. The General Council of the Judiciary (CGPJ) is left out of the pact.

Enrique Arnaldo Alcubilla He has a degree and a doctorate in Law from the Complutense University of Madrid. In 1986 he was appointed Deputy Director of Economic Affairs and Director of Studies and Documentation Publications in the Congress of Deputies, a position he held until 1991. He was a member of the General Council of the Judicial Power from 1996 to 2001. He is a Civil Administrator of the State and Lawyer of the Cortes Generales, from December 1985 to the present. In January 2002, together with Ramón Entrena Cuesta, he founded the law firm Estudios Jurícidos y Procesales (EJP).

He is the author of various publications on Electoral Law and Parliamentary Law as well as on Community Law and the Judiciary. His work The Right to Suffrage of Emigrants in the Spanish System it has been edited by the Center for Constitutional Studies.

Nicolás González Cuéllar He is a professor of Procedural Law at the Toledo Faculty of Social and Legal Sciences at the University of Castilla-La Mancha (UCLM) and a practicing lawyer. He is the author of numerous works, the last Echoes of Inquisition (2014). He has also belonged to the faculty of the University of Alicante and the Carlos III University of Madrid. He is responsible for the Permanent Observatory of European and International Civil and Criminal Justice of the UCLM.

He has also collaborated on various occasions with the Ministry of Justice in legislative reform work, among them, he was a member of the Institutional Commission for the elaboration of a new Criminal Procedure Law created by agreement of the Council of Ministers in 2012 and author of the proposal for the new Criminal Procedure Code of 2013. He directs the specialized office in criminal, economic and business law González-Cuéllar Abogados and chairs Controlcrim Empresas, an entity dedicated to the prevention of crime in the field corporate, as well as the publishing house Ediciones Jurídicas Castillo de Luna. You have been granted the Great Cross of San Raimundo de Peñafort, highest Spanish decoration for legal merit.

The renewal of magistrates in the Constitutional Court affects four positions whose replacement will not change the current balance of forces. Specifically, the president, Juan José González Rivas; the vice president, Encarnación Roca, and the magistrate Andrés Ollero. The fourth place was deserted after its owner, Fernando Valdés, left after being immersed in a judicial procedure for gender violence.

The Constitution determines that the president “shall be appointed from among its members by the King, at the proposal of the same full court and for a period of three years.” For this reason, the foreseeable thing will be that the new president, who has a casting vote to break ties, will be chosen from among the most veteran magistrates, that is, among those who finish their mandate in June 2022.

Those magistrates are Pedro José González-Trevijano, Antonio Narváez, Juan Antonio Xiol Ríos and Santiago Martínez-Vares. In this way, the election of the positions of the presidency and the vice-presidency would fall on them, although the period that they would exercise as such should be relatively short since they must end their mandate in June 2022 after remaining in court for the corresponding nine years.