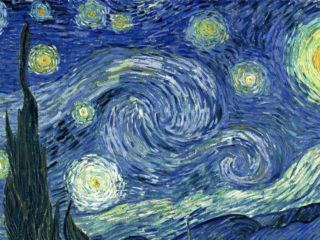 The question of how to achieve success as an artist or to pursue another creative profession finally has an answer backed by science. A team of researchers at the Kellogg School of Management at Northwestern University (USA) determined that the “hot streak” of great painters, film directors or even scientists follows a certain pattern that can be taught and put in practice for the benefit of the career.

The ‘magic’ formula for making work have a long and high impact – the so-called “hot streak” – begins with a period of “exploration“, when the practitioner studies and experiments with various styles or themes, immediately followed by a period of”exploitation“, in which you already focus on a delimited area to be an expert in it.

The study was published in the journal Nature Communications and its authors believe that their results “may have implications for identifying and fostering talent in a wide range of creative fields.”

The researchers discovered this ‘pattern of success’ using artificial intelligence, with which they processed a large volume of data related to artists, film directors and scientists. Thus, they saw that the desired results came after years of “exploration” and years of “exploitation.”

Before becoming one of the leading artists of Abstract Expressionism, Jackson Pollock was a drawing and printmaker, painting surreal pictures of humans or animals and nature. According to the new study, it was during this “exploration” stage that Pollock developed his’drip technique‘and, after another period of “exploiting” the new way of creating art by splattering canvases with paint, he went on to enjoy three years of “hot streak” between 1947 and 1950, when he created his most famous works.

In the same way, Van Gogh had his best period between 1888 and 1890, when he painted ‘The Starry Night’, ‘Jug with Twelve Sunflowers’ and ‘The Bedroom in Arles’. Before that “hot streak”, his paintings were not characterized by such bright and striking colors; they were more realistic and less impressionistic.

Dashun Wang, who led the study, underlines that “neither exploration nor exploitation by themselves are associated with a hot streak, “but that”is the sequence of both together “what produces the result.” Although exploration is considered a risk, because it can lead nowhere, it increases the probability of stumbling on a great idea, “he explains.

“Instead, exploitation is often seen as a conservative strategy. If the same type of work is exploited over and over again over a long period of time, it can stifle creativity. But, curiously, exploration followed by exploitation seems to show associations consistent with the appearance of hot spells “, he concludes.