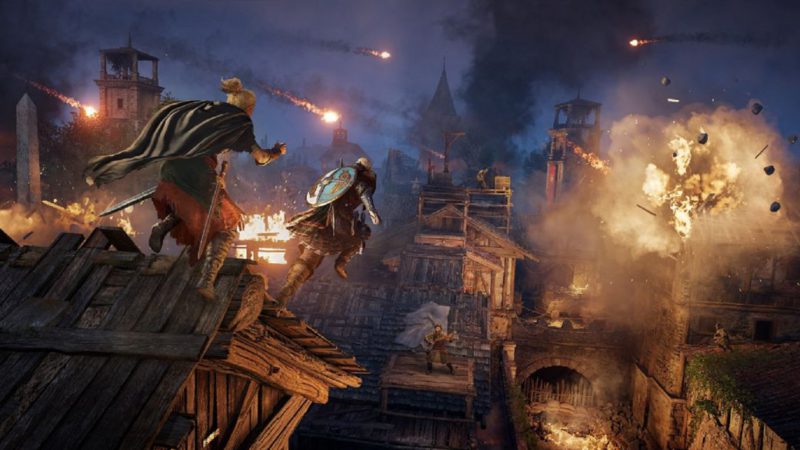 For the premiere of The Siege of Paris, the second expansion of Assassin’s Creed Valhalla, a new patch has arrived with news and improvements, but also with the occasional bug in between. Users have complained that have problems saving the game, a bug that Ubisoft is already investigating, as stressed on the official Assassin’s Creed Twitter account.

“We are aware of the save file issue causing the message ‘Failed to record progress’ for some PlayStation users. We are actively working on a solution, Thanks for your patience”. Although this error points directly to the PS4 and PS5 versions, Xbox players have appeared in the reply to the tweet stating that something similar happened to them after opening the game in Quick Resume. As VGC points out, similar messages have been read on Reddit, both from Sony and Microsoft console users.

In Frankia of the ninth century BC, a heir to Charlemagne He rules with an iron fist. The medieval city of Paris decomposes between the smell of corpses and rats, which cover the beautiful places of rot. From England, Eivor travels to French lands with one goal in mind: to prevent Charles III, the king of those lands, from setting his sights on the British Isles, the new home of the Raven Clan. To do this, you will have to use your warrior skills, but also use diplomacy with care. All of these adventures are part of The Siege of Paris, the second expansion after Wrath of the Druids. Ubisoft is preparing more story content for the future, although it has yet to be detailed.