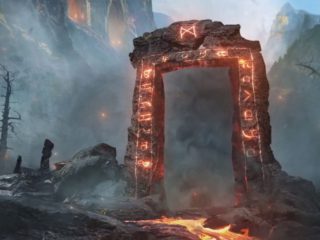 The Eivor’s Viking adventure It will not end with The Siege of Paris, the second expansion content planned within the season pass. During the Ubisoft Forward of E3 2021 the French have reported that the game will be expanded with new expansions in its second year, something that had not happened in any title in the series.

Another announcement is that Discovery Tour: Viking Age, the educational modality that was also launched in Origins and Odyssey will return again as free content. There is no specific release date yet, but it is expected to be released by the end of the year.

Assassin’s Creed Valhalla is one of the great successes of Ubisoft, a video game to which the companies’ studios have dedicated many resources to the elaboration of a thorough postlacing plan, which includes different content, both free and paid. In addition to the temporary DLCs, with new missions and festivities based on the time of year, Ubisoft Monreal has expanded the main story with two major expansions.

The Wrath of the Druids transports us to medieval Ireland, an esoteric place where a hidden group of Druids operates in secret to fulfill their objectives. In the game of thrones everything goes, so Eivor finds a country far from peace. A king for the entire territory intends to modify all these dynamics, but the internal struggles augur that these goals will not be fulfilled until the dark order ends beheaded.

The second expansion is The Siege of Paris, also starring the same protagonist of the main adventure, that is, Eivor. As its name suggests, this time we traveled to the city of Paris, very different from today, although it is already an important square in the medieval world. It will be time to fight again and defeat the forces that hide in the shadows.