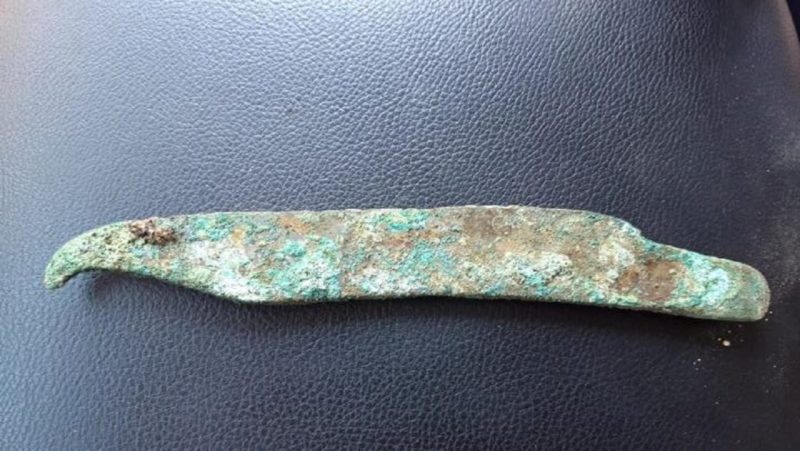 A team of archaeologists discovered in the Karaganda province, in Kazakhstan, a tail knife and a chisel with a handle made in the Bronze Age —Between 2200 and 1450 BC—, it is the first find of this type made in a Central Asian country.

Of agreement To the Kazakh authorities, the utensils are part of the burials of a series of tombs decorated with geometric ornaments, which were discovered in the Taldy historical and archaeological park, located in the center of the country.

According to Igor Kukushkin, an archaeologist who is part of the research, the tail knife is characterized by a curved blade sharpened on one side and thickened on the other, which indicates its domestic use, unlike other examples found in other excavations that have with a double-edged blade.

In the same way, a special chisel for wood carving was unearthed, similar to those used by carpenters today, with which it is suspected that various kitchen utensils were made. However, it has the unique characteristic of having a bone handle, an element never seen before in objects of this type found in Kazakhstan.

The archaeological material recovered during the research season ‘in situ’, which includes ceramics of the time, necklaces, beads and bracelets, among other elements, is already being analyzed in the laboratory. The results of the tests they will be subjected to are expected to provide elements that will help academics better understand the civilizations that inhabited the area thousands of years ago.