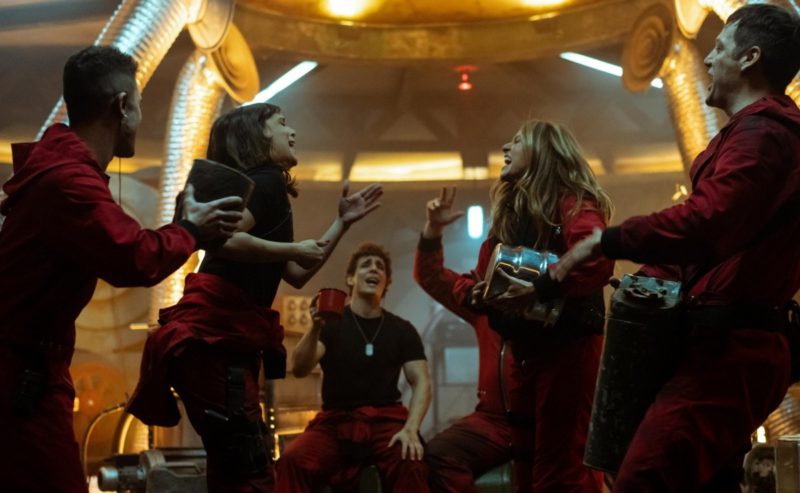 The Money Heist counts the days until the premiere of volume 2 of its fifth and final season on the streaming service Netflix, thus closing one of the stories that has most captivated the world in recent years. This Spanish series has become a true phenomenon by obtaining millions of fans, who will regret that there will no longer be more of their favorite content on the platform. From what time will it be available?

“Tokyo is dead and the enemy, wounded and more fearsome than ever, is still inside the Bank of Spain. In the darkest hours, the band will face the greatest challenges: to extract the gold with a plan full of uncertainty, and try to get out of the Bank of Spain, surrounded by the Army and with the eyes of the world on it. Everything would be easier if, at least, the Professor did not make the great mistake of his life “, marks the official synopsis of the final chapters.

At the beginning of November came the long-awaited trailer that shows us the Professor entering the Bank of Spain, in what appears to be a voluntary surrender. The gang of robbers inside the establishment continue to mourn Tokyo’s death, but now his biggest concern is being able to get out alive. The advance leaves the feeling that the army has won, but surely there will be a strategy that will surprise the fans.

No longer Úrsula Corberó, who can return with flashbacks, the cast of volume 2 is made up of Álvaro Morte, Itziar Ituño, Pedro Alonso, Miguel Herrán, Jaime Lorente, Esther Acebo, Enrique Arce, Darko Peric, Hovik Keuchkerian, Luka Peros, Belén Cuesta, Rodrigo de la Serna and Najwa Nimri, among others. According to its creator, Álex Pina, for now it will be the closing of the story, but in the future spin-offs of some of these characters may arise.

+ When does La Casa de Papel 5 – volume 2 premiere on Netflix?

In the middle of the year the platform announced through its social networks the scheduled dates and there was no change in this regard. Volume 2 of the final season of La Casa de Papel will arrive on Netflix on Friday, December 3. If you want to see the last five episodes before anyone else and you are in Latin America, you must get up early.

Venezuela, Bolivia and Puerto Rico: 04:00 AM